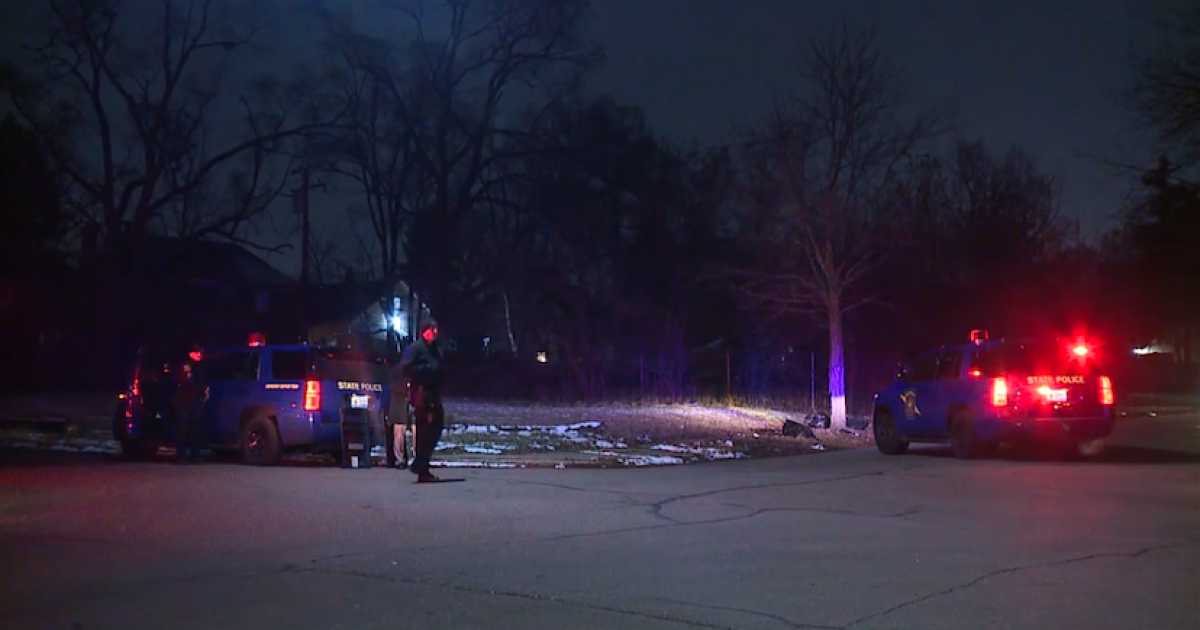 DETROIT — One person was killed in a Tuesday night shooting at Michigan State Police.

It happened on Terry Street near Glendale Avenue, just north of Fullerton Avenue.

Detroit Regional Communications was then contacted. Troops responded to the scene, parking across from the house and arriving on foot.

Trooper 2 then reported that shots were being fired at him from the house below.

The MSP says the suspect came out of the house firing several rounds at them. The department is probing whether the shots were fired at the helicopter, the jawans or both. The jawans retaliated on the suspect, who was later shot dead.

Emergency support teams on scene went up to the home and made contact with the suspect, who was still armed. A non-lethal weapon was then fired to see if the suspect would respond. When he did not answer, they went to him and found that he was dead.

A search of the house for security reasons found several arms and ammunition.

The identity of the suspect has not yet been released. Detectives are working to obtain a search warrant for the home for further investigation.

Trooper 2 went to Willow Run Airport to inspect and see if it had been hit by gunfire.

No one else was hurt, including law enforcement. MSP says the community is safe.

READ ALSO :   The quality of the water improves but the safety is questionable

7 Action News will provide more information on this incident as it arrives.