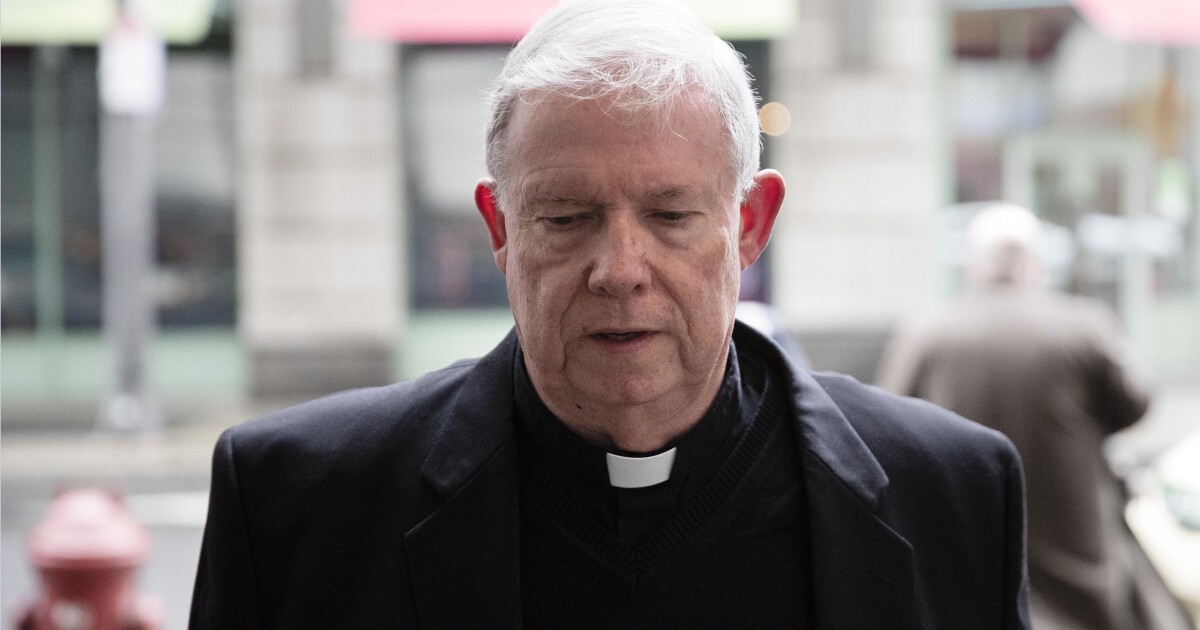 Twenty years after city prosecutors convened a grand jury to deal with priest-abuse complaints within the Roman Catholic Archdiocese of Philadelphia, a cleric pleads no contest to misdemeanor in an empty City Hall courtroom The tortuous legal case is over.

Monsignor William Lynn, 71, served nearly three years in state prison after appeals courts reviewed an acrimonious three-month trial that led to his felony child endangerment conviction in 2012. The verdict was overturned twice, leaving prosecutors pursuing the case thinly in recent years. With an alleged victim whose court appearance was in doubt.

Finally, he said that Lynn could end the two-decade ordeal by pleading no contest to the 2002 charge of failing to turn over records to the grand jury. A judge took the plea last month during a short break from his civil case load, and imposed no further sentence.

Bergstrom said, “You’re fighting an uphill battle because the public at large misunderstood what he was convicted of. They thought he was a misdemeanor.”

Lynn was the first American church official to be charged, convicted, or imprisoned for his handling of priest-abuse complaints.

His trial attracted some church faithful as well as a packed courtroom filled with the press, priestly-abuse victims, and outraged Catholics. Lynn, a longtime secretary for the clergy, was accused of sending a known stalker—whom he named on a list of problem priests he prepared for Cardinal Anthony Bevilacqua—to a northeast Philadelphia parish on a charge.

The trial judge allowed nearly two dozen other priestly-abuse victims to testify about the abuse they suffered in the archdiocese over half a century. An appeals court later said that his weeks of testimony on uncharged acts was unfair to Lin—who was considered by some to be a scapegoat for the church, given that the bishops and cardinals above him were never charged. was imposed.

“This is a defendant, with a group of children, on one count of endangering the welfare of children,” Judge Gwendolyn Bright said before her start in March 2020. “We are not bringing in the so-called or perceived ‘sins of the Catholic Church.'”

The pandemic closed the courthouse, and the case against Lin was again stalled until a recent plea offer.

A spokesman for District Attorney Larry Krasner, who inherited the case from his predecessors, called Lynn’s unannounced November 2 plea an “appropriate way to bring finality and closure to victims who have fought through the legal process for years.” has been traumatized again” and said he did not want to face another trial.

The archdiocese did not immediately respond to a message seeking comment.

Lynn, who remains a priest, is saying Mass for the retired nuns and expects to take on more duties, according to Bergstrom, who declined to make her client available to the press on Wednesday.

At his trial, Lin stated that he had made a list of 35 suspected hunter priests so that Bevilacqua would address the matter, only to destroy the list.

Lynn testified, “I did not intend to cause (the victim) any harm. The fact is that my best was not enough to prevent that harm.”

In recent years, prosecutors weren’t sure they could get the trial’s accuser — the son of a policeman who testified of his long struggle with drug addiction — back in court for trial, upsetting their trial strategy. made complicated. Assistant District Attorney Patrick Blessington, the lead trial prosecutor, said in 2012 that he might try the case without the victim, arguing that Lynn had placed a “bomb” in the parish, whether or not it exploded.

Blessington is now retired. And, ultimately, District Attorney Krasner decided not to try that tactic.

“The victims in this case told the Commonwealth that proceeding (with another trial) would cause irreparable harm and cause them to suffer more,” her office said in a statement.

The accused in the trial said that he was abused by two priests and a teacher at his Catholic school. One of them, the deposed priest Edward Avery, made a plea deal a few days before the trial. The Rev. Charles Engelhardt, who said he had never met the accused, was convicted in a 2013 trial and died in prison. Teacher Bernard Shero was released in 2017 after his conviction was overturned and, like Lynn, pleaded no contest to lesser charges.

The priest-abuse scandal has cost the Roman Catholic Church an estimated $3 billion or more, and has driven dioceses around the world into bankruptcy.