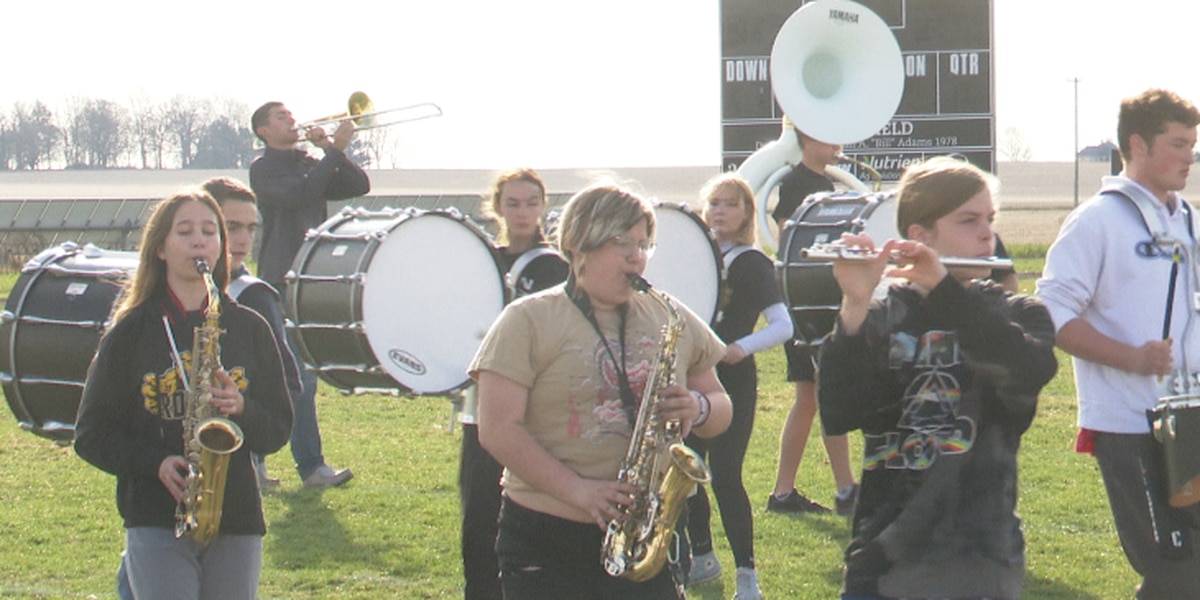 ONEIDA, Ill. (KWQC) – The ROWVA High School band is small and mighty with a total of 18 members.

“This group, without a doubt, spreads the idea of ​​continuing to push. You can beat anything, no matter the size of your band, or how many instruments you have. It can be achieved,” said Jack Brown, a junior drum major in the ROWVA marching band. “Other 1A teams we went to had 30 to 50 kids.”

Band size isn’t the only difficulty ROWVA’s marching bands have faced this season. The new local band director couldn’t arrive until after summer conscription, which meant students and some community members had to form their own band camp.

“Everyone did a lot of work. I’ve never seen a group of kids work so hard collectively in my entire life,” said Clara Asplund, one of the lead drummers in the ROWVA band. “It was very nice. Each individual is very important in this group.”

One band, one sound.

“We’re small, but we make a lot of noise,” Asplund said.

Despite all the adversity, the ROWVA marching band took second place at the Illinois Marching Band Championship.

“When I heard that we had placed second, I looked at our team and we were all speechless,” Asplund said. “We didn’t know what to do, because it wasn’t something we went into imagining. We went to state hoping to have fun and put on a good final performance, and we certainly did that.”

“We all love each other. We are like a family, a big family. We’re all very close,” Brown said.

Despite the past, the show goes on.

“You can still go forward and have a really good season, even if it’s a new transition when things are crazy at the beginning of the year,” Asplund said. “You can do great things even if you don’t have 100 kids on your team.”