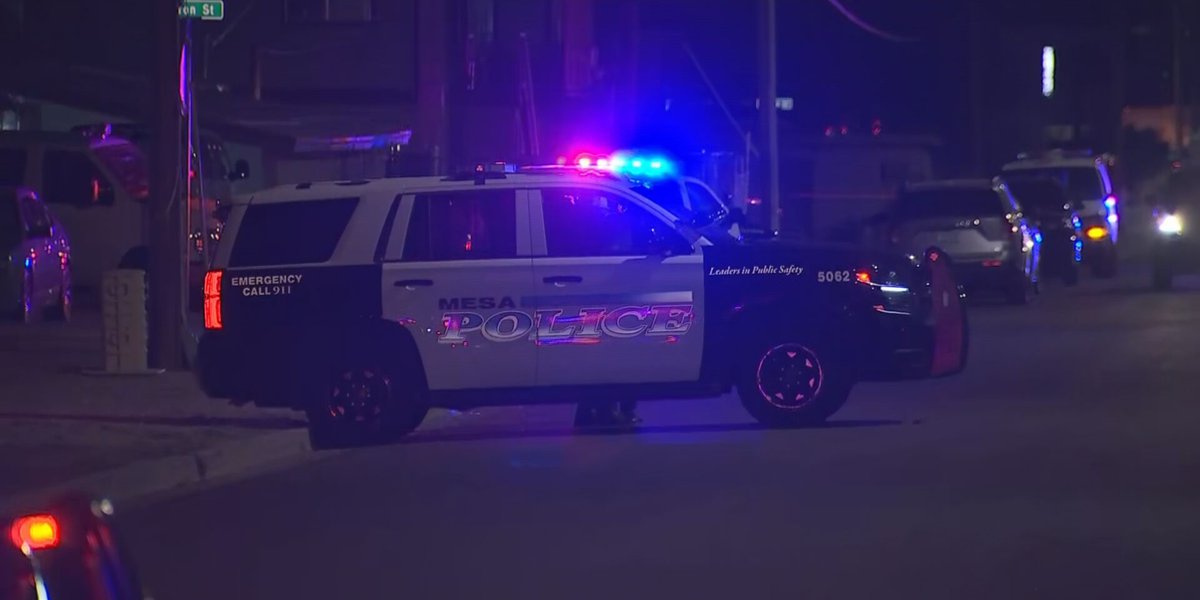 MESA, AZ (3TV/CBS 5) — One man is dead and two others were injured after police say a shooting occurred at an East Mesa apartment complex.

Police say the shooting happened late Tuesday around 11:30 p.m. near Main Street and Power Road. Details about what led to the shooting are very limited. However, police described the initial scene as “chaotic” as officers found several injured people and called 911 to the apartment. Video from the scene showed extensive use of crime scene tape, blocking off the entrance to the complex and patrol vehicles securing traffic in the area.

One victim, described only as a man, was pronounced dead after being found under a staircase. Officers later found the other two injured, one of whom was in another home. The extent of these injuries is not yet clear.

At this time, detectives are working to determine if the suspect and victim knew each other. However, no suspects have been identified, but the authorities have confirmed that the agents have arrested several people. However, the police have clarified that we do not know if any of the suspects are at large. An investigation is still ongoing. A heavy police presence is expected throughout the morning.