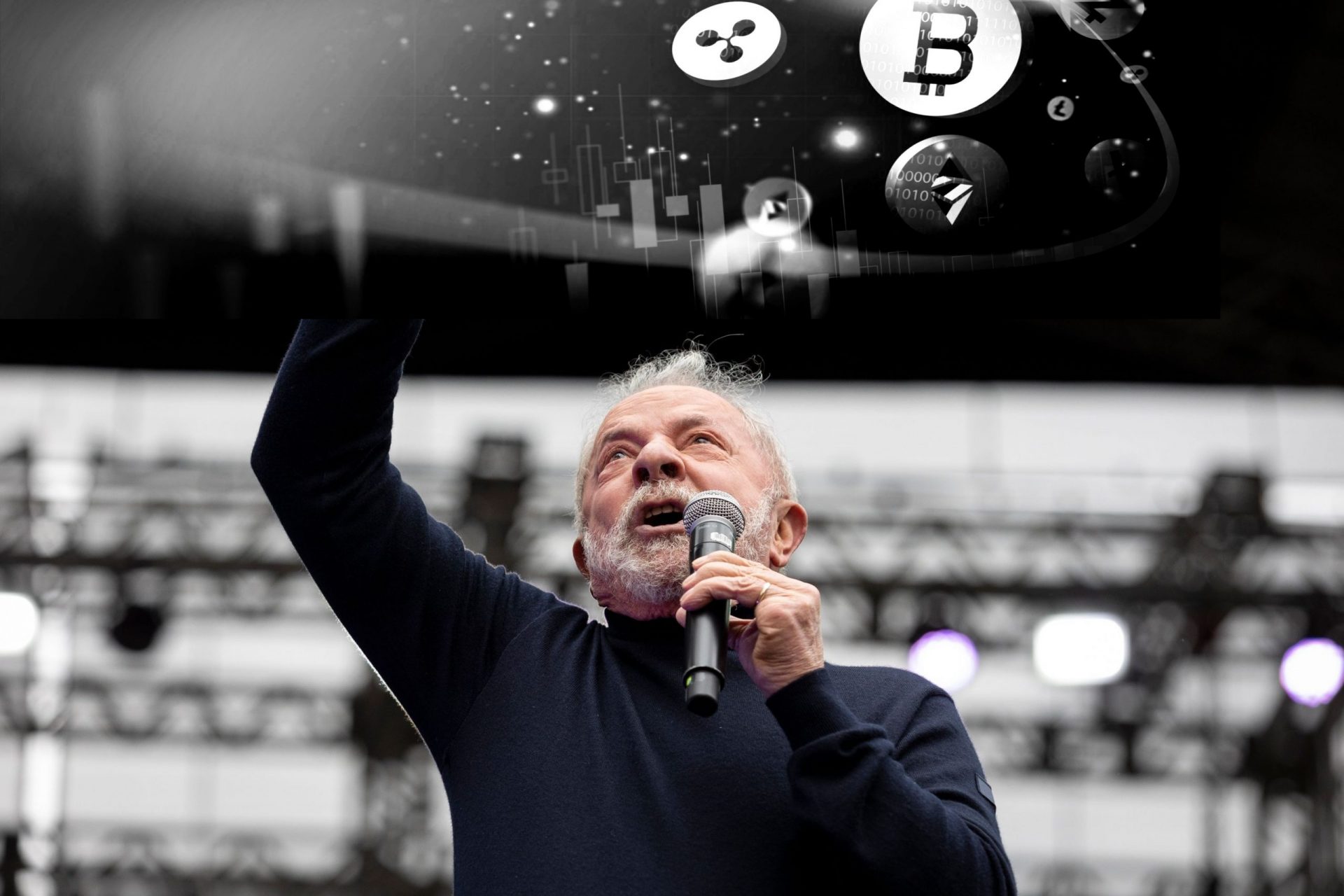 Twelve years after leaving power at the end of his first two terms, Luiz Inacio Lula da Silva, better known as Lula, won by a short head against outgoing President Jair Bolsonaro. A victory over the wire hailed around the world. It remains to be seen whether on the subject of crypto, the ecosystem should also be pleased with its accession to the top of a State which has for years been in the top 10 countries in terms of adoption of Bitcoin and its juniors.

In a deeply divided and impoverished country, the task facing Brazil’s new president, who will take office next January, is immense. Lula promises a total break with his predecessor Jair Bolsonaro on almost all subjects : environment, violence, international scene…

In terms of the economy, its “Together for Brazil” program provides for the strengthening of social assistance programs, an increase in the minimum wage in relation to an inflation rate oscillating between 7 and 10% and increased social protection for more precarious. It is also banking on massive public and private investment in the country’s infrastructure to revive the economy. Its vice-president, Geraldo Alckmin, a figure of the conservative right, represents his liberal backing and is supposed to reassure the markets.

let’s remember that Lula had left power with record popularity, having managed to turn the Brazilian economy around with growth of more than 5% per year from 2007 and to lift 30 million Brazilians out of poverty (33 million Brazilians suffer from hungry today). He then experienced disgrace, spending 580 days in prison, after convictions for corruption finally canceled for defect of form.

But the challenge promises to be more complicated today due to a tense international situation, in particular American interest rates which are weighing down the Brazilian economy, and internal tension where the elected president will have to deal with “Bolsonarism » which has been consolidated in many States and in the composition of the Congress resulting from the legislative elections of October 2nd.

What place for cryptos?

As for cryptos, they were obviously not a subject of campaign. The only concession: the government plan of the successor to the mute Bolsonaro, which has disappeared from the radar since its failure, recorded on the Decred blockchain. Apart from this curiosity, nothing, or just like. Solicited like the other candidates on this subject by a specialized local media at the beginning of the year, the former metal trade unionist had contented himself with the minimum… union, taking up the usual refrains of a political leader.

Cryptographic assets have increased a lot in recent years and have deserved the attention of the authorities. (…) The government, in particular through its Autonomous Central Bank, must create standards aligned with the international standard to avoid illegal practices that may make use of crypto-assets, such as money laundering and currency evasion, in addition to avoiding fraudulent business practices. [Le rôle du gouvernement est] to monitor the impact of the crypto market on the health of the financial system.

Response from Lula in Future of Money

In short, in a difficult context, cryptocurrencies do not appear as a priority, even though they are progressing to become a significant instrument in the exchange of value or the protection of savings in the country.

Thus, according to the latest report from the Brazilian tax administration, held on a monthly basis, 12,000 companies in the South American territory would hold cryptos in cash.

According to figures from the Brazilian tax administration, held at a […]

A figure which may seem significant, because it is not nothing to hold bitcoin or USDT in its balance sheet, but which is all the same to be put into perspective, the first economy in Latin America obviously having several hundred thousand people. companies. According to the same report, the number of individual investors is stabilizing around 1.3 million individual holders for a population of 215 million inhabitants.

A figure that poorly reflects the trend observed for several years by the blockchain analysis company, Chainalysis, which according to other criteria and tools, places Brazil in the top 10 countries in terms of adoption.. A enthusiasm of Brazilians for crypto which is also manifested by the growing number of economic actors who are involved in it.

NubankBrazil’s No. 1 digital bank, integrated Bitcoin into its treasury and launched a crypto trading service earlier this year. BTG Pactualanother major player in the sector, also launched in the bath in the fall of 2021. In July, it is the most popular financial app in Brazil PicPay which announced a salvo of commitments in the industry. The fintech will not only support payment via cryptocurrencies, but also plans to create its own exchange, launch a stablecoin backed by local real and venture into the field of NFTs and Web3. In August, it’s the brokerage giant XP which officially launched its crypto trading platform. Finally, the Brazilian branch of the Spanish banking giant Santander could in the coming months offer a range of crypto services to its customers.

A deployment of institutional crypto services that takes place under the benevolent eye of the country’s first regulatory body, the Brazilian Securities Commission (CVM), and the Central Bank. Its boss, Roberto Campos Neto, declaring that one of its objectives is to integrate the digital and regulatory world, in a different way from what other central banks do.

A rather benevolent context that has not escaped the giants of the sector who are all trying to find a place of choice, Binance in the lead.

A Binance adviser, ex-Lula economy minister, could return to the front of the stage

And precisely, speaking of theexchange leader, one of his latest recruitments as a regulatory adviser, could perhaps weigh in the balance.

Two regulatory heavyweights join the ranks of Binance and FTX US

In a context of regulation that is tightening around the industry […]

This is Henrique Meirelles, who spent eight years at the head of the central bank (2003-2011) under the mandate of Lula, of which he was also Minister of the Economy from 2016 to 2018. A function which led him in particular to participate in the first G20 meetings on cryptocurrencies in 2017. Thanks to the new mandate, he could resume service, not necessarily by assuming this role of treasurer, the new president having not yet given the name of the minister on whom he will rely to carry out his economic program, but by occupying a place where he could whisper in Lula’s ear the benefits of pro-crypto regulation with Binance in ambush pushing the wheel.

Be that as it may, the adoption of a rather favorable regulatory framework for cryptocurrencies seemed to be on the right track in the country, deferred due to presidential and legislative elections. It is to be hoped that the sessions of his examination will not be postponed indefinitely because of a more crucial issue. Recall that according to the legislative process, it is only after having received the approval of the Senate and the Lower House that the law could be promulgated by the new president. Cryptocurrencies would then be legally defined as “virtual assets”, either as a “digital representation of value that can be exchanged or transferred by electronic means and used to make payments or for investment purposes”.

If cryptos are not yet an electoral issue, this is no reason not to be interested in them, and closely, so register without delay on the Bybit platform to start your Bitcoin revolution (commercial link).