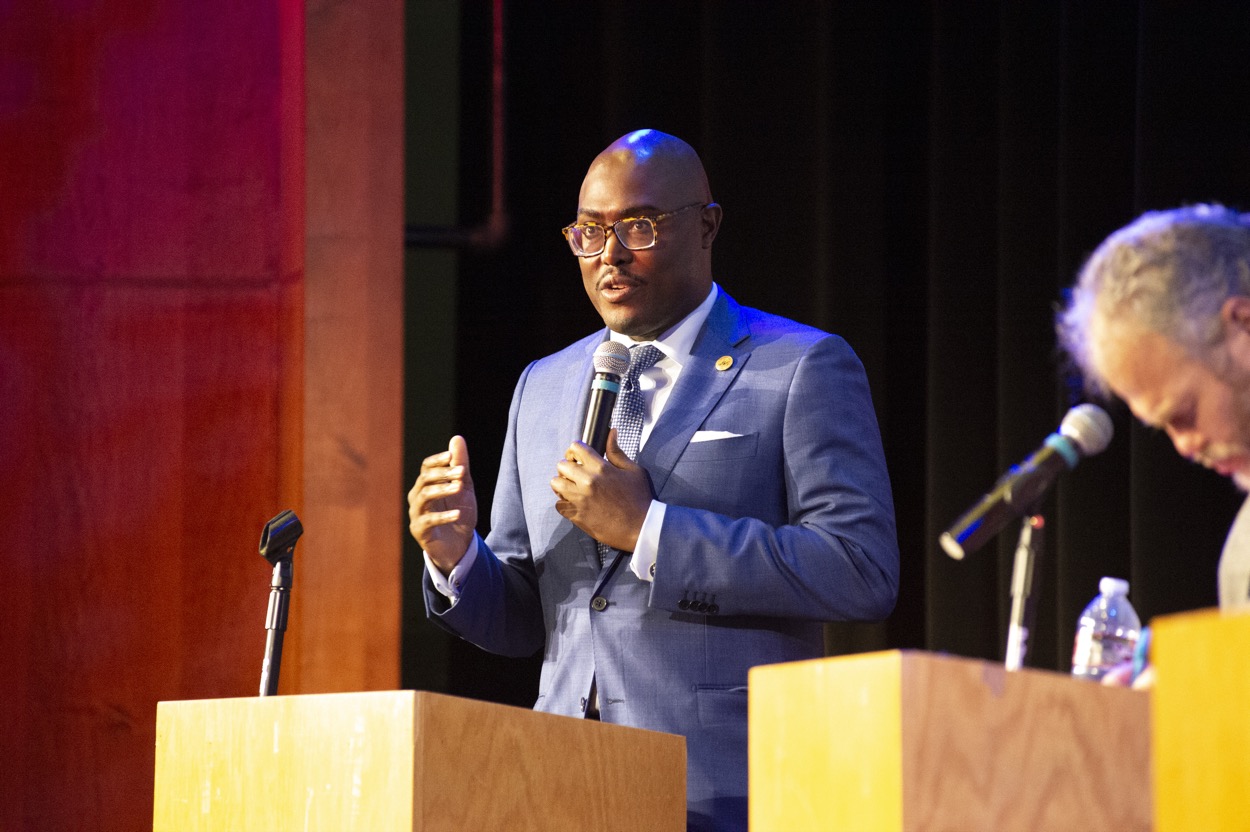 He filed motions Friday seeking to hold the mayor in contempt of court in his ongoing Freedom of Information Act lawsuit to obtain city records.

In a filing, Campbell agrees to the city’s request to include Think Rubiks in the lawsuit because it failed to produce all the records required by the mayor’s contract to stage LITFest. In particular, Campbell sought a contract for the records of the canceled Ashanti concert and the non-profit organization, the Foundation for Social Impact. It was arranged by Think Rubiks.

Under its contract, ThinkRubix is ​​required to provide all of its documents to the city. These items were not among the documents provided to Campbell after the city attorney’s office began trying to fulfill Campbell’s request. Campbell agreed to delay legal action over the records until Think Rubiks was heard because the city could not produce the records.

(The mayor’s former chief of staff, Charles Blake, works at Think Rubix and is a supporter of the company’s executive Scott’s campaign, so you’d think the mayor would be able to convince them to meet the terms of the contract. Maybe he’ll get a chance to settle it in court someday.)

In the interim, however, Campbell wants the mayor to be held in contempt for the city’s failure to produce unredacted records of the mayor’s personal cell phone use. The mayor has argued that the phone was not used for personal business, but at a city board meeting this week the mayor reportedly called City Director Cappy Peck to talk to her about her displeasure with the city’s failure to provide information about the consultant. The contract for the development project was approved by the mayor’s administration without the City Board’s knowledge. She said he called her on her personal phone. The records obviously don’t include texts and specific call information. But the city wants to withhold the information, which would reveal the amount of data used, the number of minutes used and the total number of texts sent and received, Campbell said.

Based on my own experience with the Scott administration and its standard four-year response to requests made by the mayor or his top staff that there are no phone or email records, I welcome a ruling that clears the city attorney. , if not the mayor or his underlings, are willing to admit: Texts and phone calls made to conduct city business are public business, no matter who owns the phone they’re sent and received from.

Judge Chip Welch ordered the city to produce the materials on a rolling basis, and Campbell noted that the buck stops with the mayor.