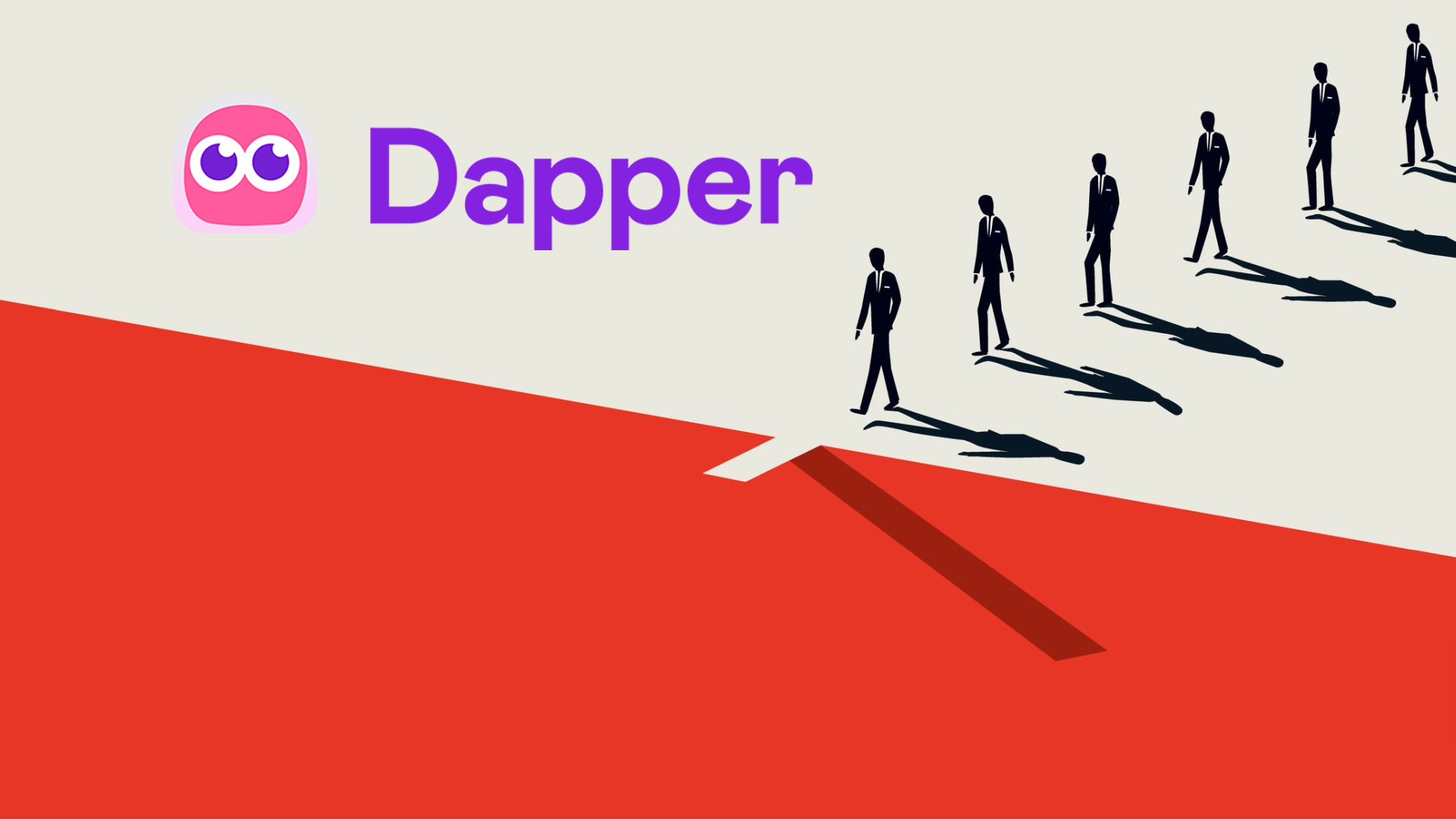 The winter that has fallen on the cryptocurrency market is hitting all sectors. And even if at the beginning of the year the NFTs market seemed to defy this trend, this is no longer the case today. With plummeting volumes and floor prices that are breaking the floor. To the point of pushing the studio Dapper Labs to launch a layoff campaign. This follows a month of October presented as the worst ever recorded since 2020 by its platform NBA Top Shot. But that’s not all…

The trend is not so good in the cryptocurrency market as it is in the self-proclaimed real economy. And the consequences are felt in the form ofbankruptcy of an ever-increasing number of projects, mostly centralized. But also some “public” miners from the Bitcoin network whose IPO does not look like a guarantee of success.

A trend that continues to spread like a bad flu. And whose last notable victim seems to be the Dapper Labs studio. Because its founding CEO Roham Gharegozlou just announced the dismissal of 22% of its workforce. This follows disastrous results for the NBA Top Shot platform. But also for the Flow network (FLOW) in clear decline.

Following the new set of European Union sanctions against […]

Dapper Labs – Layoff of 22% of its workforce

Obviously, the launch of the brand new LaLiga Golazos platform will not have allowed Dapper Labs to raise the bar. Because the company announces this week having to part with 22% of its employees. This in a letter addressed to its employees and made public for questions of transparency. And an operation presented as “the last thing we want to do” which will certainly not comfort the “incredibly talented teammates” targeted by this downsizing.

” As we continue to grow and adapt, I promised that I would always be transparent with you. Today, I unfortunately have very sad news to share. As part of a broader refocusing of our strategy and a reorganization of our teams to better serve our communities, we have made the difficult decision to reduce the size of our teams by 22%.”

But according to Roham Gharegozlou, this operation would be the only way to allow Dapper Labs to focus on “the long-term health of the company” and its communities. It must be said that the hiring frenzy was visibly in the image of the bull market of the past year. With a number of employees increased from 100 to 600 in less than two years. A development considered too fast by the very person who is at the origin of it. And that would have prevented Dapper Labs “from being as aligned, nimble and community-driven (as it needed to) be”.

An announcement that seems directly linked to the publication of the catastrophic results of the NBA Top Shot platform earlier this week. With the amount of sales recorded in October at the lowest since December 2020, that is to say at the time of its launch. Indeed, sales over this period painfully reached 2.7 million dollars. That’s down 47% from the previous month alone ($4.7 million). And an amount simply divided by more than 80 if we consider its all-time high of February 2021 ($224 million).

And this trend is not just affecting the NBA Top Shot platform. Because at the same time, the Flow network sees the number of its transactions melt like snow in the middle of the bear market. With a 60% drop in volumes in October. And a total amount of the latter divided by more than 2, because it goes from around 39 million dollars in September to $15.6 million for October. And still according to Roham Gharegozlou, it would come down to a question of “timing”.

” We know that Web3 and crypto are the future in a multitude of industries. But the current macroeconomic environment means we are not in full control of the timing. »

Anyway, the monthly number of users of the NBA Top Shot platform does not exceed the 13,500 unique buyers. With an estimated average selling price of just over $14. That is to say key moments in the career of LeBron James at less than $50 for a “Common” edition limited to 4500 copies and at around $300 for a “Rare” copy of less than 1000 units. Some will probably see it as an opportunity. Others the field of the sign of an NFTs market whose death they already announced since its explosion in 2021. A question of point of view…