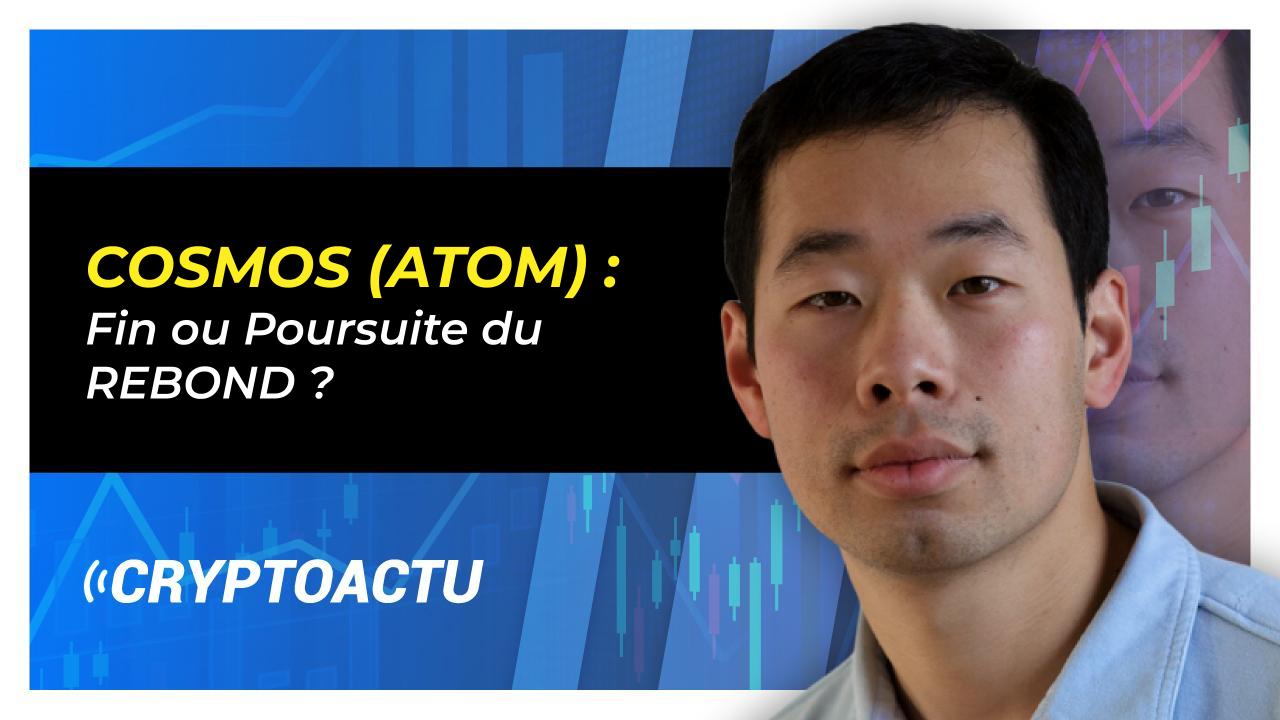 Unsurprisingly, the FED confirmed for the fourth consecutive meeting an increase of 75 basis points. And although this news was already recorded in the course, the financial markets immediately smiled. Indeed, when the press release was published, some comments mentioned possibly a possible change in its monetary policy.

Jerome Powell quickly put an end to this rumor. To the point that he would try not to contradict the “don’t fight the FED” of many investors. Because lowering the pace of the rate hike cycle does not necessarily herald the beginning of the end of monetary tightening. Especially since inflation in the United States remains extremely high.

Moreover, cryptocurrencies are suffering a setback, like the Cosmo project ATOM tokens. Especially since the latter is not far from a resistance likely to be decisive, both for buyers and sellers. And starting from this immediate observation, the question remains whether we are in the process of heading us towards an end or a continuation of the recent rebound?

Cosmos – New white paper and change of tokenomics for ATOM

The tendency of bear markets is often one of introspection […]

Since the week of October 10, ATOM cryptocurrency prices started a rebound off the $11 support. This allows us to obtain a high point higher than the lows of the year around $6. At the same time, they have just passed above the 30-week moving average (MM30 weekly).

Investors believe we are on track to end Weinstein’s Phase 4. Unfortunately, this crossing occurred when the slope of the weekly MM30 was still trending downward. And in this case, beware of the emergence of a false buy signal. So much so that the technical indicators are slowing near their respective float lines.

This is why the skin of the bear should not be sold prematurely before having killed it. As proof, yesterday’s FED meeting which did not fail to recall that the current uncertainties on the financial markets are still present. From where caution needed on the potential for the rebound of the ATOM cryptocurrency. Because even if the resistance of $17 remains a realistic objective, this would materialize provided that the decline in the Dollar Index and bond rates continues.

ATOM in daily units – Prices above the 200-day moving average

The rebound initiated since mid-October allows ATOM cryptocurrency prices to cross the 200-day moving average (MM200 daily). But just like the MM30 weekly, this favorable technical signal materialized when the MM200 daily was moving on a downward slope. With the fear of seeing a convergence of false buy signals line up in both daily and weekly units.

Nevertheless, this does not prevent the MACD and the RSI from crossing back beyond the zero line and the zone of neutrality at 50 respectively. respective, the continuation of the rebound towards $17 would remain possible. And if this resistance were to be broken on the upside, the Cosmos would take the road towards $22.

Conversely, a relapse below $11 would become compromising in the quest to end ATOM’s bear market since its last ATH in January 2022. On the one hand, prices would fall back below the 200 daily MA. And on the other hand, given that altcoins fall more violently than Bitcoin during periods of financial market stress, it would not be fanciful to consider a return to the lows of the year, not far from the support of 6 $.

ATOM – A rebound at the mercy of a still restrictive FED

Unlike Bitcoin and Ethereum, the Cosmos Project cryptocurrency stands out remarkably well graphically. However, the losses remain substantial given the scale of the correction wave last springwhich itself led to a collapse of almost 80% of its market capitalization.

The bear cycle of cryptocurrencies continues to get bogged down, despite multiple attempts to rebound since mid-June of this year. Also, to make matters worse, inflation in the United States is likely to be still high in October although the peak has already passed. Which would complicate the Fed’s business. And for good reason, when one of the components of consumer prices falls, there is always another that does the opposite.

If this market environment were to continue, the US central bank would risk maintaining its monetary tightening as long as it does not have the desired results. In which case, we should not expect a return to the lows of the year for ATOM prices, but possibly a third wave of correction. On the sine qua non condition that Bitcoin would break the famous $20,000.