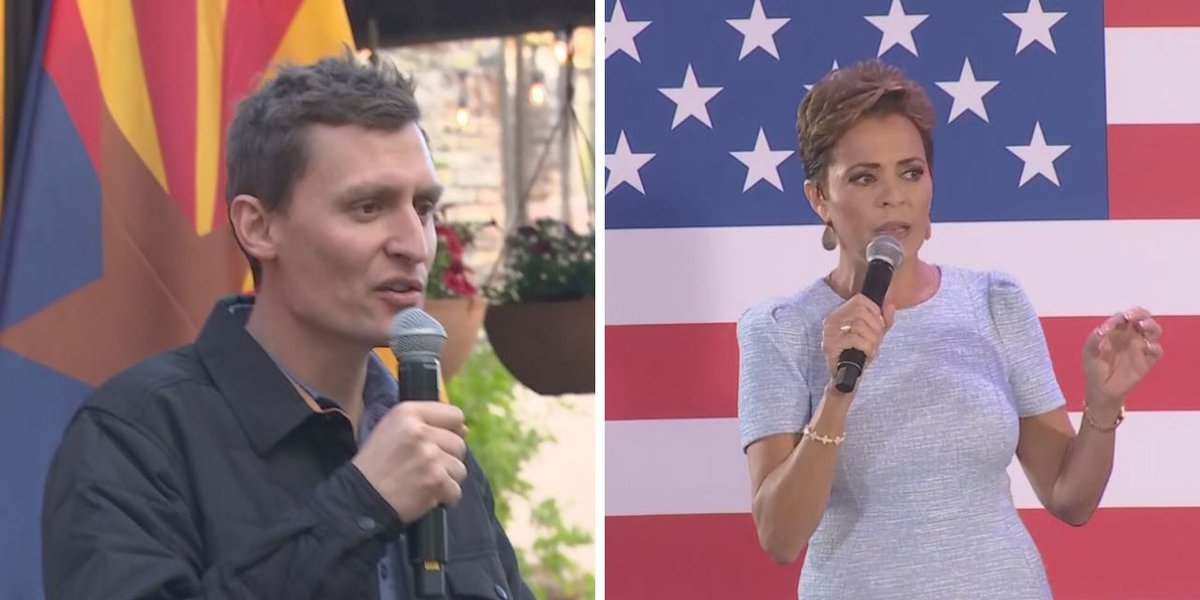 PHOENIX (3TV/CBS 5) – Election Day is just two days away, which means candidates are using the weekend to boost voter turnout in those tight races. GOP candidates met with voters Saturday to reach out to supporters in hopes of continuing to get people to vote. “Being here with all of them and seeing them and hearing from them confirms our hopes,” said John Bunyard, a GOP supporter.

GOP candidates in Arizona have been at the center of national attention despite their voter support. “We are called the most dangerous candidates running for office in the country. Me, Blake, Kari, Mark, do we think they’re that dangerous? said Arizona Attorney General candidate Abe Hamadeh.

Many candidates have used their campaigns to discuss border security, abortion, inflation and fentanyl. On Saturday, Kari Lake talked about President Joe Biden and how he felt he was to blame for the drugs coming over the border. “He caused this fentanyl crisis. No, he didn’t! You are a fraud. Yes he did, yes he did,” Lake said.

Blake Masters was also in attendance on Saturday, and used his time on stage to encourage the community to vote red if they wanted to see change. “If we don’t get the right Republicans in three days we’re going to lose this country forever, but you know what we’ve got to get this country back in three days,” Masters said.

Connie Bunyard believes that Election Day will be the beginning of a bright future for the Republican Party. “I’m glad we’re going to have strong representation in the Senate,” he said.

READ ALSO :   officers use pepper spray on the Fairfield teenager

The candidates asked those who had already voted. Most people raised their hands to show they would vote on Tuesday. “I think all the candidates have done really well, I can see the momentum, so I’m feeling confident and really good and I’m excited to go to the polls on Tuesday morning,” said John Collins.