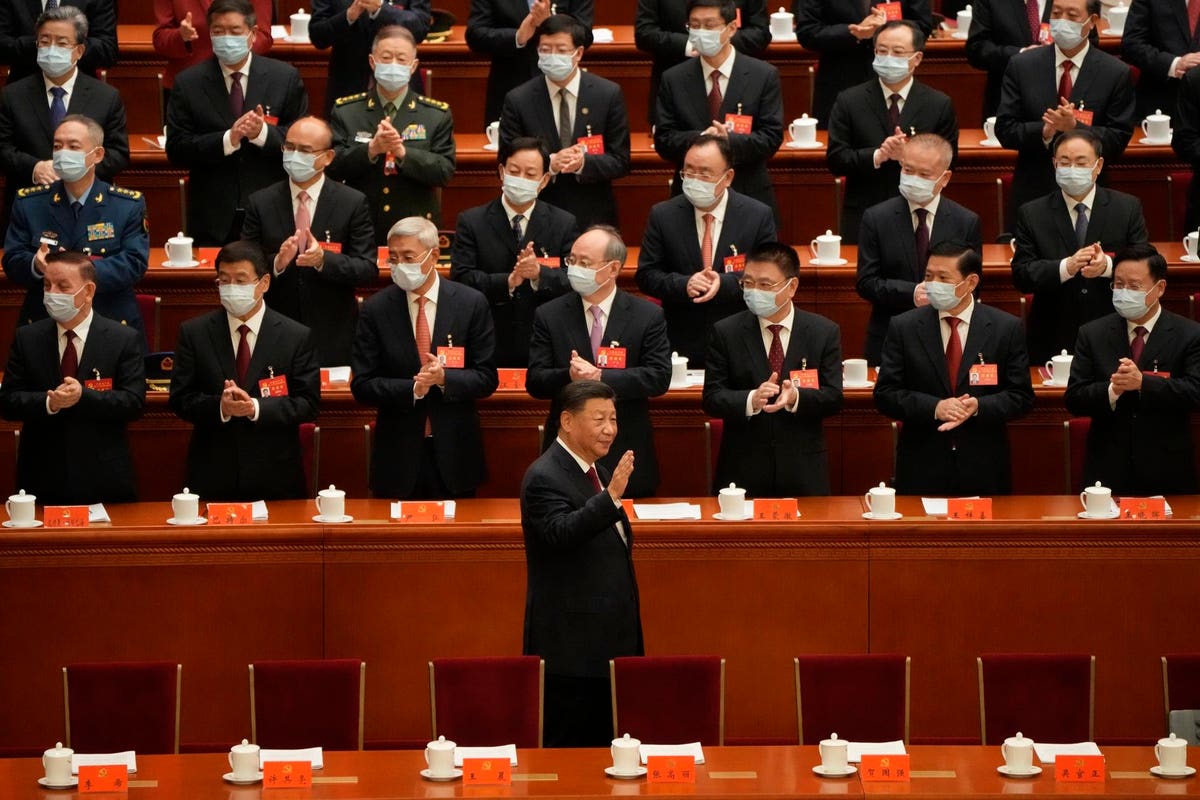 Chinese President Xi Jinping vowed to lead his country toward superpower status amid “serious storms” as a Communist Party congress kicked off Sunday, while praising the government’s efforts to fend off international threats facing the country and shed concerns over the COVID-19-a faltering economy.

Speaking at the Great Hall of the People in Beijing, Xi said the party has “significantly improved” China’s international influence, attractiveness and power formation under his supervision. He added that the state managed to preserve its “dignity” and “core interests” amid increasing international interference, and stood up to unilateralism, protectionism and “bullying.”

Xi’s remarks come against a backdrop of rising tensions between China and the United States Days before the conference, President Joe Biden said America was entering a “decisive decade” in its rivalry with China. His administration recently introduced rules designed to restrict China from acquiring or manufacturing advanced semiconductors, and ramped up its efforts to prevent China from becoming more technologically advanced than the United States.

Without naming any country specifically, Xi asked the Party leadership to “enhance their sense of hardship, adhere to basic thinking, prepare to face danger in times of peace, dedicate while the sun rises, and prepare to withstand major trials with strong winds and even dangerous storms.”

Xi also repeated calls for self-reliance in the country’s economy. He urged more efforts to improve China’s education system and nurture and attract talent “to vigorously win the battle over key core technologies.”

Preparing for an unprecedented third term in office, Xi also praised the Party’s adherence to the coronavirus eradication strategy to achieve “remarkably positive results” in controlling the epidemic while continuing its economic and social development. He also praised Hong Kong’s tough crackdown on political turmoil, describing it as shifting the situation in the former British colony from “chaos to governance”.

In his nearly two-hour speech, Xi declared that the priority of the ruling elite was to achieve his long-standing goal of “national rejuvenation” through what he described as “Chinese-style modernization.” He reaffirmed his blueprint to have China achieve a degree of “socialist modernization” by 2035 and become a “strong modern socialist country” by mid-century.

Almost the entire Communist Party congress will be held behind closed doors until October 22, with a new leadership line-up to be revealed the following day. The party is expected to hand over a third five-year term to Xi despite his controversial policy on the COVID-19 virus, which has inflicted heavy losses on the country’s economy. It comes after China’s top legislature agreed in 2018 to scrap the two-term limit, effectively allowing Xi to stay in power for life.