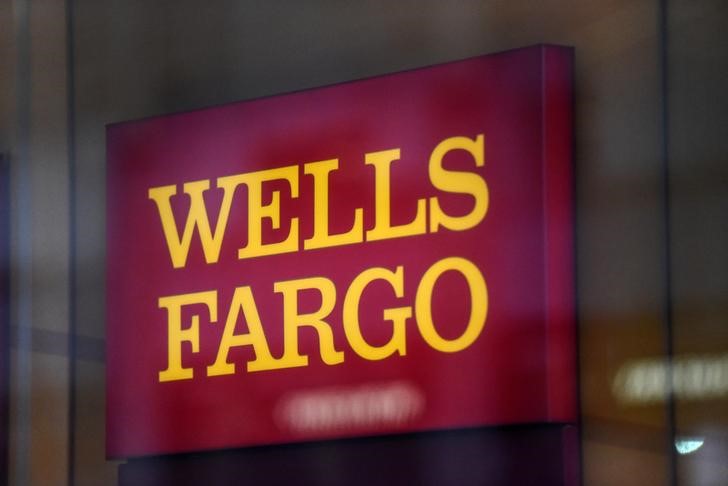 (Reuters) – Wells Fargo & Co on Friday reported a 31% drop in third-quarter profit as the bank raised costs related to a fake accounts scandal and boosted its loan-loss reserves in preparation for a potential slowdown.

“Our highest priority remains strengthening our risk and control infrastructure which includes addressing open historical issues and issues identified as we move forward with this work,” CEO Charlie Scharf said in a statement.

“We continue to be at risk of setbacks as we work to complete work and put these issues behind us, and expenditures this quarter reflect our ongoing efforts.” Excluding items, the fourth-largest lender earned $1.30 per share, beating analysts’ expectations of $1.09 per share. According to Refinitiv IBES data. Wells Fargo (NYSE:) is up 1.2% ahead of the market.

Meanwhile, the bank set aside $784 million in the quarter for credit losses, compared with $1.4 billion a year earlier, when extraordinary government stimulus helped the economy recover from the pandemic.

The bank said the provisions included an increase of $385 million in the provision for credit losses, which reflects loan growth and an unfavorable economic environment.

Banks are making money for rainy days again amid concerns that sharp interest rate increases by the Federal Reserve to tame stubbornly high inflation will push the US economy into recession.

The Fed raised rates by 150 basis points in the third quarter with raising the key rate to the 3.00%-3.25% range, the highest level since 2008, helping banks to earn more loans.

Chief Financial Officer Mike Santomasimo told reporters on a conference call that Wells Fargo’s net interest income will rise 24% this year, up from the previous guidance of 20%.

“Both consumer and corporate clients remain in a strong financial position, we continue to see historically low delays and high repayment rates across our portfolios,” Scharf said.

He said the bank is closely monitoring risks related to the continuing impact of high inflation, an increase in interest rates, as well as broader geopolitical risks.

“While we expect to see continued increases in delinquencies and eventual credit losses, the timing remains unclear,” Scharf continued.