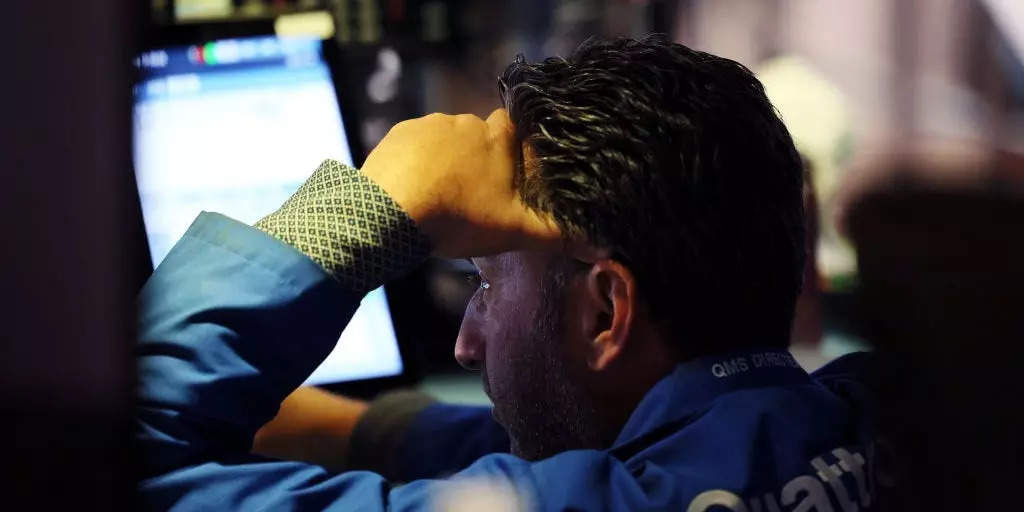 U.S. stocks closed lower on Monday amid growing concerns about higher interest rates and an economic recession, as investors braced for an upcoming wave of corporate financial updates.

All three major Wall Street indexes lost ground for the fourth session in a row. Seven of the S&P 500’s 11 sectors fell, led by the high-flying overall energy group.

Among technology stocks, shares of semiconductor and chip makers including Nvidia and KLA-Tencor fell after the U.S. tightened export controls on chip sales to China. The Philadelphia Semiconductor index, or SOX, hit a near two-year low during the session.

Here are the US indices at the 4pm closing bell on Monday:

Stocks fell before the company’s third-quarter earnings season heats up this week, with data from investment banks including JPMorgan Chase and Morgan Stanley.

JPMorgan CEO Jamie Dimon told CNBC on Monday that he sees the stock market falling another “easy 20%” from current levels as a recession is likely to hit the U.S. economy over the next six to nine months.

Meanwhile, Chicago Federal Reserve President Charles Evans said he expects interest rates to rise higher and stay elevated. The Fed is expected to raise interest rates for the sixth time this November as it struggles with inflation hovering above 8%.

“I see the nominal funds rate rising to just above 4-1/2 percent early next year and then staying at that level for some time while we assess how our policy adjustments are impacting the economy,” he said in remarks at the annual report. meeting of the National Association for Business Economics.

READ ALSO :   Investors are concerned about the outlook for employment and spending ahead of US earnings

The Fed funds rate was moved up to 3-3.25% from zero earlier this year.

“Front-loading has been a good thing, given how far below neutral rates have been. But overshooting is also costly, and there is a lot of uncertainty about how restrictive policy actually needs to become,” Evans said.

September’s consumer price index report is due on Thursday.

For commodities, bonds and cryptocurrencies: