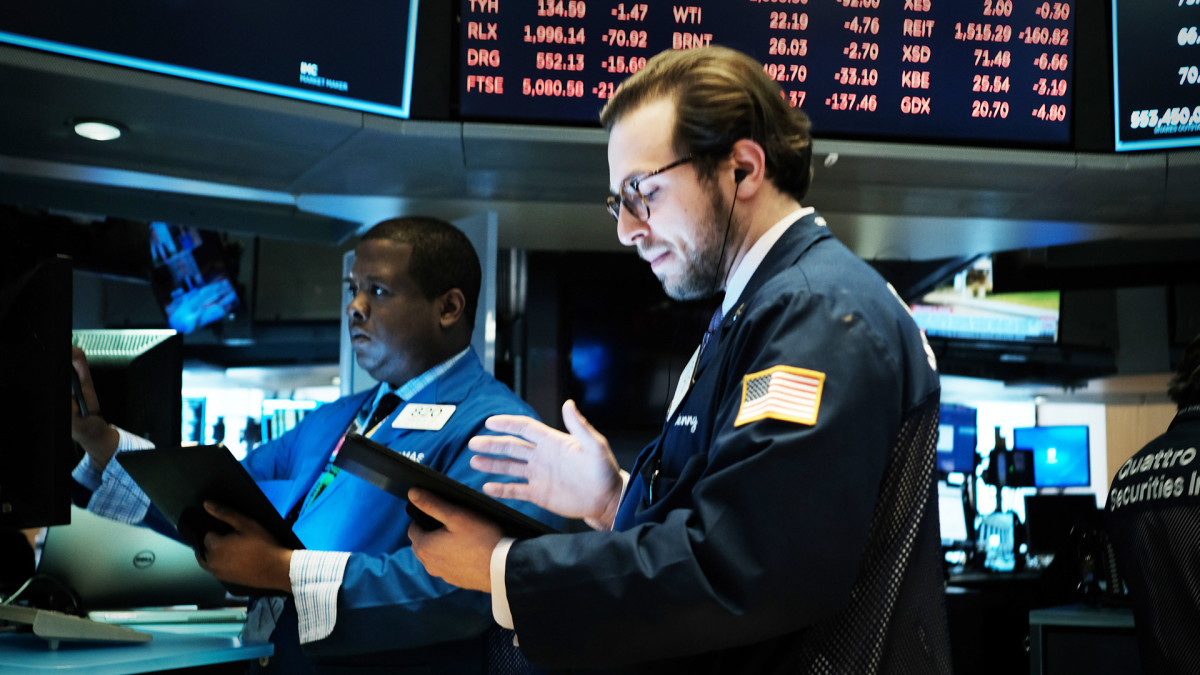 Here are five things you should know for Monday, October 10:

US stock futures fell on Monday, while the dollar consolidated gains against its global peers, as investors extended their retreat from risk markets after the escalation of military action in Ukraine and before the unofficial start of the third-quarter earnings season later this week. .

Reports from Kyiv indicate that Russian bombs targeted both the Ukrainian capital and power facilities in cities across the country on Monday in an apparent response to the destruction of a major bridge linking Crimea to the mainland.

The attacks on Kyiv, the most significant in several weeks, shook global markets and pushed investors into the arms of the safe-haven US dollar, which rose 0.4% against its global peers to trade at 113.321 in overnight trading.

The dollar index, which measures the US currency against a basket of six global currencies, also rose by the stronger-than-expected September payroll report last week, which showed that US employers added 263 thousand new jobs last month, raising the main unemployment rate. to 3.5%. And consolidating the case for another rate hike from the Federal Reserve next month.

In fact, CME Group’s FedWatch pegs the chances of a fourth straight rate hike of 75 basis points at just under 80%, with the bulk of the bet pointing to the fed funds rate between 4.5% and 4.75% by the end of the year. .

The escalation cut short a short-lived recovery on Wall Street last week, and looks to suspend stocks in early trading on Monday as well, as investors look ahead to a busy week of economic data and earnings releases, as well as minutes from the Federal Reserve’s September meeting on Wednesday.

However, the S&P 500 is still 1.51% higher for the month, despite Friday’s heavy selling, although that compares to a 23.6% drop for the year, one of the worst performances of the US benchmark in at least two decades.

Futures tied to the S&P 500 are quoting the opening bell down 7 points, while those tied to the Dow Jones Industrial Average, which is up 2% for the month, are priced to fall 15 points. Contracts linked to the technology-focused Nasdaq are pointing down 40 points.

2. – Next week: Earnings, inflation and the Fed minutes under the microscope

Inflation and earnings are likely to determine the direction of the market later this week as investors look for any indication that consumer price pressures are easing and their impact on corporate earnings as the final months of the year approach.

Thursday’s September inflation reading, due at 8:30 a.m. ET, is expected to show a moderation in the key rate but another moderate acceleration in core consumer price pressures, a combination that is likely to do little to alter neither the Fed rate hike’s path nor its intent. To keep the well elevated next year.

The data will follow the minutes of the Federal Reserve’s October meeting, which will be released on Wednesday afternoon, and the unofficial start of the third-quarter earnings season on Friday, with September quarter updates from JPMorgan Chase. (JPM) Citigroup (c) Wells Fargo (WFC) and Morgan Stanley (Ms) .

The S&P 500 collective profit is expected to rise 4.1% from a year ago to $463.9 billion, according to data from Refinitiv, led by gains from the energy and industry sectors.

3. – Tesla achieves record sales in China for the month of September after the reboot of Shanghai

The China Passenger Car Association (CPAC) said Tesla delivered 83,155 vehicles last month, an 8% increase from August that smashed the group’s previous best performance and is just under 79,000 in June.

Tesla, which restarted its giant Shanghai factory after scheduled maintenance in July, announced 343,830 global unit deliveries last week for the three months ending in September, another record for the company.

The group will announce third-quarter earnings on October 19.

Tesla shares were marked 1.54% lower in pre-market trading to indicate an opening bell price of $219.63 per share.

4. – Shares of “Ford” and “General Motors” decline after downgrading “UPS”

Ford Motor (F) Shares slipped lower in pre-market trading after analysts at UBS lowered their rating and price target on the automaker.

UBS analyst Patrick Hamill downgraded the stock to “sell,” from “neutral,” and cut $3 from its target price to a new low of $10 a share ahead of the group’s third-quarter earnings later this month.

READ ALSO :   US stocks fall as investors brace for a flood of profits amid rate and recession fears

Hummel also lowered his rating on General Motors (GM) to “sell” from “neutral,” citing the risk that earnings could “more than halve” next year amid rapid demand destruction. His new target price at GM is set at $38 a share, $18 down from his previous estimate.

Twitter (TWTR) Shares rose in pre-market trading as investors pushed the stock to the $54.20 level as it appears that billionaire Tesla CEO Elon Musk is ready to buy the social media group later this month.

Musk, who first proposed buying Twitter for $44 billion earlier this spring, before quickly reneging on his pledge amid accusations that Twitter executives are hiding the number of fake accounts on his platform, has been given until October 28 to close the deal by a Delaware Chancery. judge. Kathleen McCormick late last week.

If that doesn’t happen, Judge McCormick said, there is likely to be a trial in November, during which Twitter will attempt to force Musk to complete the merger agreement.

However, questions remain about the nature of the funding needed to reach the $44 billion price tag, with banks in a bind for about $12.5 billion in loans, and Musk himself raising about $15.4 billion from the sale of Tesla stock.