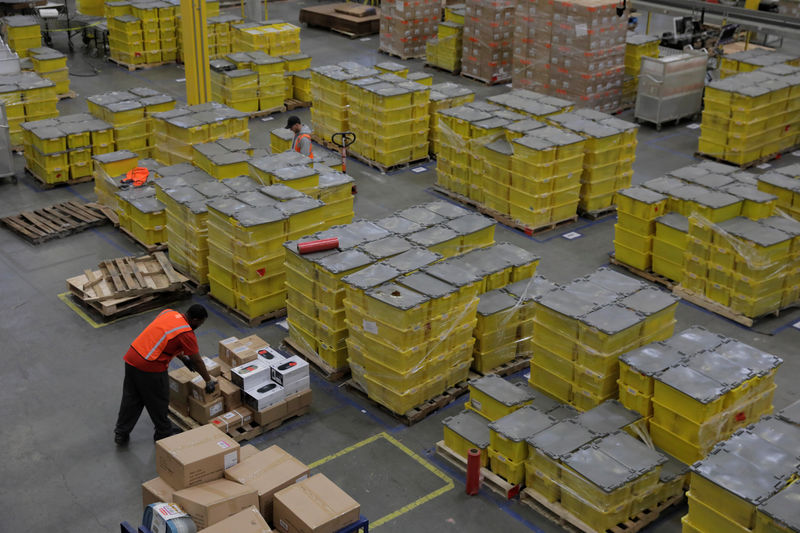 (Reuters) – Shares of Rivian Automotive Inc fell nearly 9% Monday after the electric car maker recalled nearly all of its vehicles, exacerbating investor fears that the company may not be able to meet its 2023 production target.

The Amazon.com (NASDAQ:)-backed company on Friday recalled about 13,000 vehicles due to a possible loose lock that could cause the driver to lose steering control.

Rivian began selling its electric vehicles in the third quarter of last year, and has so far delivered 13,198 vehicles.

“We have greater concerns about the production outlook for 2023,” RBC Capital Markets said in a note on Monday. It added that adding battery and motor assemblies as well as stopping work required at the plant to increase its capacity could hamper Rivian’s production pace.

While a broad recall could harm the brand and cause long-term credibility issues for future production, Wedbush Securities said in a note, it does not believe the recall will affect Rivian’s production or delivery targets for this year.

Shares of the company fell to $30.79 in early trading – the lowest in more than a month. It’s down 67.3% this year due to a sell-off driven by the uncertain macroeconomic environment and lowered production expectations.

The company in March halved its production forecast for 2022 to 25,000 due to persistent supply chain issues.

Wall Street expects the Rivian to produce 23,590 vehicles this year, according to Visible Alpha.

A district court in Georgia, where Rivian is building its $5 billion manufacturing plant, last week rejected a joint proposal by the state’s Department of Economic Development and the company to secure local incentives for its project in the state.

The Local Development Authority said in May that the company would receive $1.5 billion in incentives from the state.