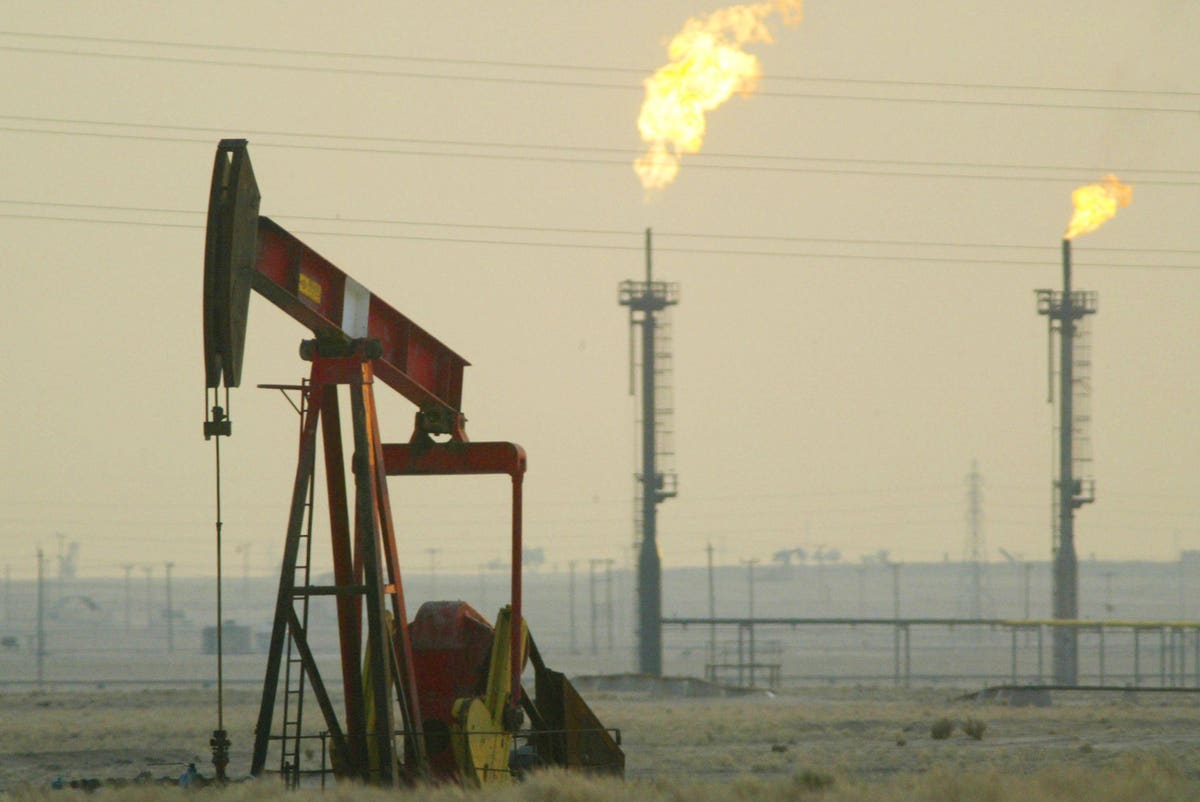 The Organization of the Petroleum Exporting Countries (OPEC) announced last week that it would cut oil production by about two million barrels of oil per day. This represents a reduction in global supply of about 2%.

This announcement had an immediate impact on the oil and gas markets, driving up prices. The price of a barrel of crude oil rose from $76.71 to $92.64, an increase of just under 21%. But, how does the OPEC meeting and the resulting change in the price of crude oil affect the stock market – and oil and gas stocks in particular? We’ll detail what you need to know.

Ecuador, Indonesia and Qatar are all former members. There is also OPEC+, a group of non-OPEC members such as Mexico, Malaysia, Oman and Russia, which cooperates with OPEC on specific goals through agreements on increasing and reducing production.

OPEC began shortly after World War II when Venezuela and Iran invited Iraq, Kuwait and Saudi Arabia to meet to discuss oil exports. At that time, the United States was the largest consumer and producer of oil in the world. Of the seven largest oil companies in the world, five were based in the United States.

In 1959, the major oil companies told these oil-producing nations that they would pay 10% less for oil in the future. In response, the first Arab Petroleum Congress met. This meeting, which included a delegation from Venezuela, resulted in an agreement to form an oil advisory committee.

1960 saw the formal establishment of OPEC in response to further price cuts that oil companies were willing to pay for crude oil. Over the next decade, the five-member OPEC expanded to include many of its current members.

In 1973, some OPEC members nationalized their country's oil production and raised prices. OPEC followed up with a ban on sales to the United States and other countries that supported Israel in the Yom Kippur War.

High prices and the blockade have prompted Western countries to try to reduce their dependence on Middle Eastern oil. Supply and price have ebbed and flowed in the decades since.

Today, OPEC cooperates on matters such as oil production levels to try to influence international oil prices and to ensure that member states get the highest value for their exports.

How does the OPEC meeting affect oil prices

When OPEC meets, it discusses many topics, including the current economic climate, supply and demand for energy - including oil - and other factors that can affect the value of oil and the profitability of its production and export.

OPEC+ members control nearly 40% of the world's crude oil production and account for 60% of the oil traded internationally. This gives the organization great control over the commodity.

OPEC members want to maximize the profits they make by producing and exporting oil. When OPEC meets, members look at the oil market and make decisions about how much oil to produce to maximize profits.

The prices of commodities such as oil are determined by supply and demand. When supply increases or demand decreases, prices fall. A decrease in supply or an increase in demand means an increase in prices.

What if the demand drops?

If the demand for oil falls, it is likely that OPEC will meet and agree to cut production. This allows supply to match demand and maintain a constant price for oil. If demand rises, OPEC may decide to increase production, which can mitigate price hikes but allow exporters to earn more money through increased sales.

Because OPEC has such great control over the level of global oil production, its meetings play a big role in determining the global supply of oil. This, in turn, means that OPEC can influence oil prices. Each production cut or increase announced by OPEC is usually followed by a corresponding rise or fall in the price.

How does OPEC affect oil and gas stocks

The Organization of the Petroleum Exporting Countries (OPEC) plays a large role in determining the cost of oil. Oil and gas stocks are affected by the cost of oil, so OPEC directly affects the value of these stocks.

The demand for energy is relatively constant. There may be seasonal fluctuations, but someone simply cannot flip a switch and convert their car from a gas car to an electric one. This means that people must continue to buy oil and gas, regardless of prices.

If the price of oil and gas goes up, that's good news for companies that benefit from those commodities.

Take, for example, ExxonMobil, an American multinational oil and gas company. It produces hundreds of thousands of dollars worth of oil every day. If the value of the oil it produces increases, the company is making more profit than expected, which can lead to an increase in its share price.

You can see similar effects on other oil stocks like Chevron (14% increase) and Philips (25% increase).

On the other hand, if oil prices fall, the value of oil stocks is likely to fall. If the OPEC meeting results in a decision to increase oil production, it could damage oil and gas stocks by reducing the value of their products.

Of course, there are other factors beyond OPEC's control that can also affect the prices of oil and gas stocks. The COVID-19 pandemic, for example, has led to a massive drop in demand for oil as the world has gone into lockdowns to control the disease.

Mishaps, instability and other issues affecting production may also result in the oil-producing country failing to achieve its production targets, resulting in a constrained oil supply.

Nor does OPEC have complete control over its members. Some members may choose to ignore OPEC production targets or quotas and produce different quantities of oil than OPEC demands.

In the end, while OPEC plays a large role in determining the price of oil (and thus oil stocks), it is just one piece of a very large and complex puzzle.

OPEC is an international organization that controls up to 40% of the world's oil production. Members of this group meet frequently to discuss production quotas and the management of oil prices internationally.

As an investor, you benefit from understanding the dynamics of international trade, cross-border investment, and asset classes. Q.ai takes the guesswork out of investing.

Our AI scours the markets in search of the best investments for all types of risk tolerance and economic conditions. Then, you bundle them into easy-to-use investment kits like the Global Trends Kit, which make investing simple and — dare we say it — fun.

READ ALSO :   Stocks in process of bottoming out, leading to 17% gain in early 2023 as Fed prepares for data-driven pause, Stifel says