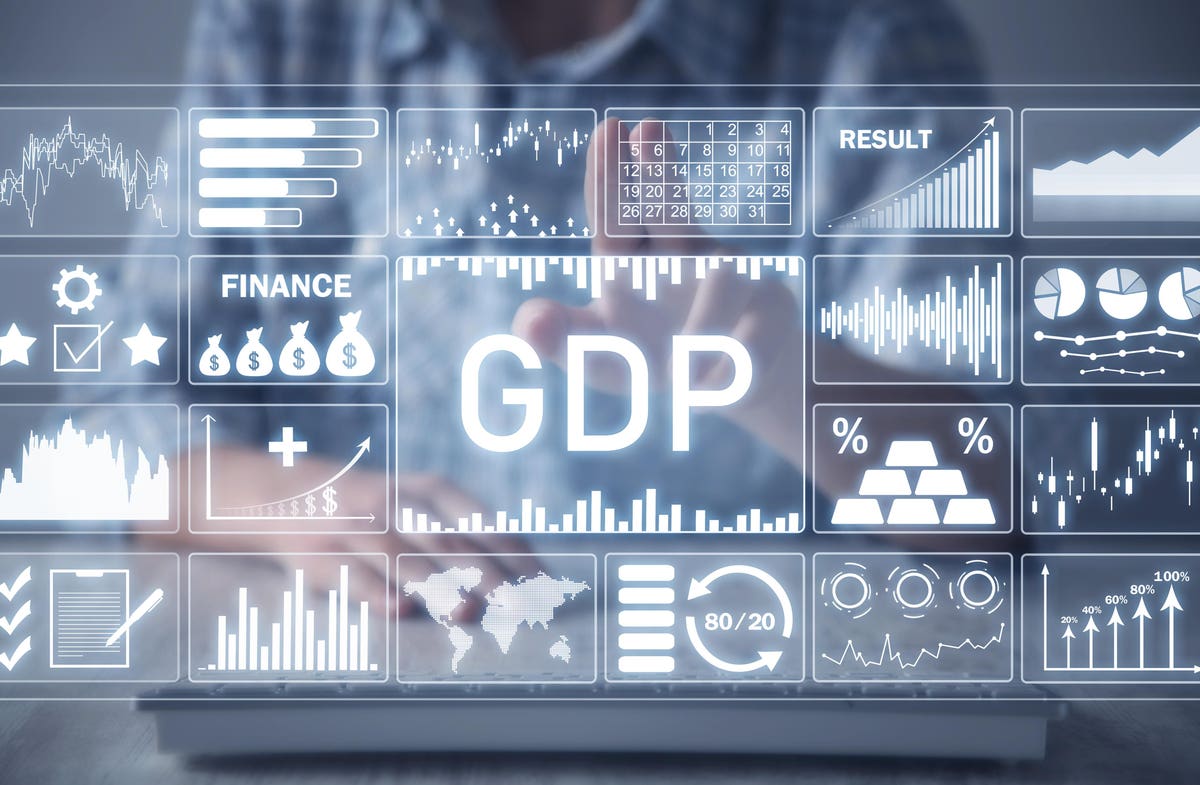 The stock market moves up and down based on demand; The greater the demand for shares, the higher the prices and vice versa. GDP is similar in that it grows as consumers, businesses, and governments signal demand through increased spending. When spending slows, GDP falls.

Gross Domestic Product (GDP) measures whether an economy is growing or contracting. There are two ways to measure GDP: spending or income.

For spending-based GDP, all spending on goods and services is counted, which includes individuals, businesses, and the government. This number also takes into account our imports and exports.

For income-based GDP, all income, including wages, profits and return on capital, are taken into account. Adjustments for tax sales and depreciation are often made to arrive at an accurate GDP number.

In both cases, the numbers are adjusted for inflation, and the result is called truly Gross domestic product. Since prices naturally rise over time, failure to adjust to inflation will distort the calculation, making it very difficult to tell if the economy is growing or shrinking.

GDP is measured annually, and quarterly data is released as well as the final year-end report. It is important to know that GDP is a lagging indicator of the health of the economy, as the final figure for a given quarter does not appear until one month after the quarter ends. For example, the GDP report for the third quarter of 2022 will be released on December 22, 2022 at 8:30 AM EST.

What is the current measure of GDP?

For the second quarter of 2022 (April-June), real GDP came in at -0.6%. This comes after the Q1 2022 reading of -1.6%. Given the downturn in the economy that this represents, there is a huge debate about whether the US economy is in a recession. Historically, the rule of thumb has been that the economy went into a recession after two consecutive quarters of negative GDP, which we clearly see here.

However, if you get past the headline GDP number, you'll see that exports and retail spending increased during the quarter. However, declines in state and federal government spending, private inventory investment, and fixed residential investment offset these gains. As many experts have said, consumer health is good, so we may not see a real recession. Given that retail spending continues to grow, there is some validity to this claim.

Is Gross Domestic Product an Indicator of Recession?

The National Bureau of Economic Research (NBER) defines a recession as “a significant decline in economic activity spread across the economy... lasting for more than a few months.” But NBER is quick to point out that this isn't the rule - just evidence. There were times when recessions were very short-lived. The recession in 2020 only lasted for one month. If we can average the past 10 recessions, they usually last about 16 months.

The NBER also notes that while GDP is a strong indicator of recession, it is not the only metric used to make the final decision. Many other indicators play a role. These include the jobs report and wage growth, among others.

As an investor, you can consider negative GDP growth a dangerous sign of recession. There has never been a period in history when the economy has not entered a recession after two consecutive quarters of negative GDP growth. The data for that goes back to 1947. So while the NBER looks at other indicators, GDP is a strong and reliable indication of what's to come.

How to hedge against negative GDP, inflation and volatility

What does all of this mean for an investor, and how can you protect yourself when GDP is falling, inflation is rising, and markets are swinging with volatility? You may be tempted to move some investments into cash to avoid a meltdown. While this is a strategy, you have to understand that trying to time the market is rarely successful. Chances are you will sell too late and come back after the majority of the increase on the other end. Missing your top ten days only in a slump can cost you 5% growth. The more days you miss, the lower your return. If you have a large wallet, it can cost you a lot of money.

The best option is to create a detailed investment plan that takes into account times of uncertainty and recession because they are normal parts of the economic cycle. Your plan should cover what you are investing in and why, as well as your goals and time horizon. This will help you better navigate difficult market conditions.

For example, you might invest part of your portfolio in bonds to offset some of the stock market risk. You can also consider investing in Q.ai's Investment Kits with built in hedges to protect your investment. Our AI scours the markets in search of the best investments for all types of risk tolerance and economic conditions.

Finally, when it comes to volatility, you have to take a long-term view of things. A swing market can be intimidating. Since 1945, there have been 11 official recessions in the United States, some of which have been mild, others more severe. But with enough time, the economy and the stock market rebounded and prevailed.

If extreme market volatility scares you, adjust it as best you can, as long as your asset allocation aligns with your investment goals.

On the other hand, if you are an opportunist, consider building a cash position so that you can buy at a discount when stock prices fall.

Following the GDP is an easy way to get an idea of ​​the direction of the US economy. While experts consider multiple indicators to determine whether the economy is in recession or not, negative GDP growth is a strong signal. As a result, if you see reports of negative GDP, it may be a good time to pull out and review your investment plan.

Make sure you keep up with your investment goals and time horizon. This will allow you to get through the difficult times ahead.