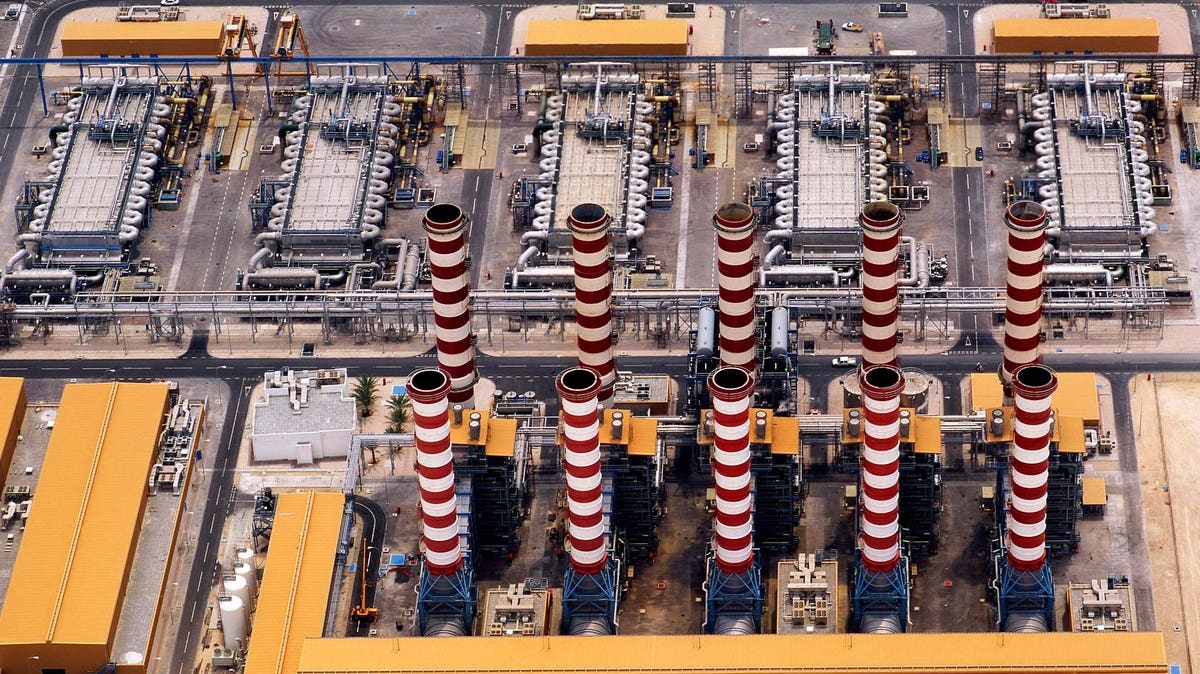 Natural gas producers are among the largest and most powerful companies in the world. With a relatively small group of companies creating one of the world’s most essential resources, investing in natural gas stocks may provide a good return. However, cost, consumer demand for green energy and the ongoing war in Ukraine are all big variables driving the world’s energy market.

If you are considering investing in the energy industry, natural gas will always play a part of your investment mix. Here’s a look at the largest operators active in this space to help you assess whether they are a good fit for your business portfolio.

Saudi Aramco (also known as the Saudi Arabian Oil Company) is the world’s largest oil exporter. It is also state owned by the Saudi government and the royal family. The company recently announced plans to increase its crude oil export capacity by 1 million barrels per day by 2027 by increasing the country’s use of natural gas, obtained from the Jafurah field.

Although Saudi Aramco is one of the most profitable companies in the world, investing in this energy giant comes with concerns and ethical hurdles, including significant human rights concerns.

If you want to invest in this company, there are other obstacles for retail investors, such as regulations that make it difficult to invest in the Saudi stock market. You probably won’t be able to buy this stock outright – you’ll instead have to find it in an ETF.

Several things drove Saudi Aramco's net income down in 2019 and 2020. Oil prices fell, LNG facilities began to come under costly attacks from Houthi rebels in Yemen in 2019, and there were OPEC bidding wars with Russia in the midst of pandemic. With the rise in the price of oil, the company's profits rose. This is a trend one might assume will continue into the future.

Exxon's natural gas production has been on a downward trend since 2011. It reached its lowest point — 2,574 million cubic feet per day — in 2018. It has just exceeded that point over the next three years through 2021.

In the fall of 2021, three active investors made their way to ExxonMobil's board of directors. Unhappy with the way the company has handled its contributions to climate change thus far, they have tried to use their influence to shut down oil and gas projects, preferring instead billions of dollars in investments in carbon recovery programs, hydrogen projects, and biofuels such as part of Exxon's low-carbon unit. .

With the oil price fluctuating, we can expect to follow Exxon's net income. It remains the largest oil and gas company based in the United States regardless of the price of crude oil.

President Biden recently encouraged US oil and gas companies to increase production to reduce supply shortages caused by sanctions imposed on Russian companies after the country's invasion of Ukraine. Chevron enthusiastically answered the call. In the first quarter of 2022, it increased its oil and gas production in the Permian Basin by 10%.

The rebound in the company's net income for 2021 is an encouraging sign, although earnings are still highly dependent on the price of oil. It will be interesting to see how increased production in the Permian Basin affects 2022 earnings.

Shell is a former Dutch and now British oil and gas company. It is currently leading the largest private construction project in Canadian history with natural gas drilling, pipelines and liquefaction along the coast of British Columbia. It won't be completed for a few years, but it is expected to produce and export more than 14 million tons of LNG and refrigerated annually.

Just last year, The Hague ruled against Shell for violating the Netherlands' laws on environmental standards of care. The company was ordered to double its carbon emissions reduction targets set for 2030. The ruling eventually led to the company entirely leaving the Netherlands and re-establishing its headquarters in London in a dramatic fashion.

Shell's net income is in line with that of other oil and gas companies over the past four years, declining in 2019 and 2020, but recovering in 2021. Watch to see how the new natural gas facility in British Columbia affects future earnings when completed.

PetroChina is one of the state-run oil and gas companies in China. While several countries have imposed sanctions on Russian energy exports in recent months, Russia's ally China has increased imports from the country.

PetroChina and Russia's Gazprom recently agreed on a pipeline deal that would import 10 billion cubic meters of Russian natural gas to China each year starting in 2023, and continue for the next 30 years. PetroChina plans to increase its natural gas production to 55% of its total production by 2025.

PetroChina's net income for the first and second quarters of 2022 has already exceeded what the company achieved over the full year in 2021. This may partly be attributed to the strategy that China used to buy and store oil while it was cheap earlier in the pandemic, and then resell it around the world. Asia with prices starting to rise. Whether or not these strategies will lead to sustainable growth over time is questionable; It may just be a short-term and very profitable profile picture.

The war in Ukraine

The war in Ukraine and the ensuing sanctions on Russian energy exports have affected oil and natural gas prices around the world. China is likely to make more money by refining the Russian imports it receives, and all companies are likely to see higher demand - especially from the Western countries imposing these sanctions in the first place.

More demand tends to go up in prices, and higher prices mean more potential profits for companies in the sector.

Energy stocks are part of any healthy portfolio, to build a diversified portfolio including energy stocks and beyond, consider Q.ai's Investment Group. Leveraging the power of AI, you can find the right balance of natural gas stocks, technology stocks, and other industries to align with your investment goals.