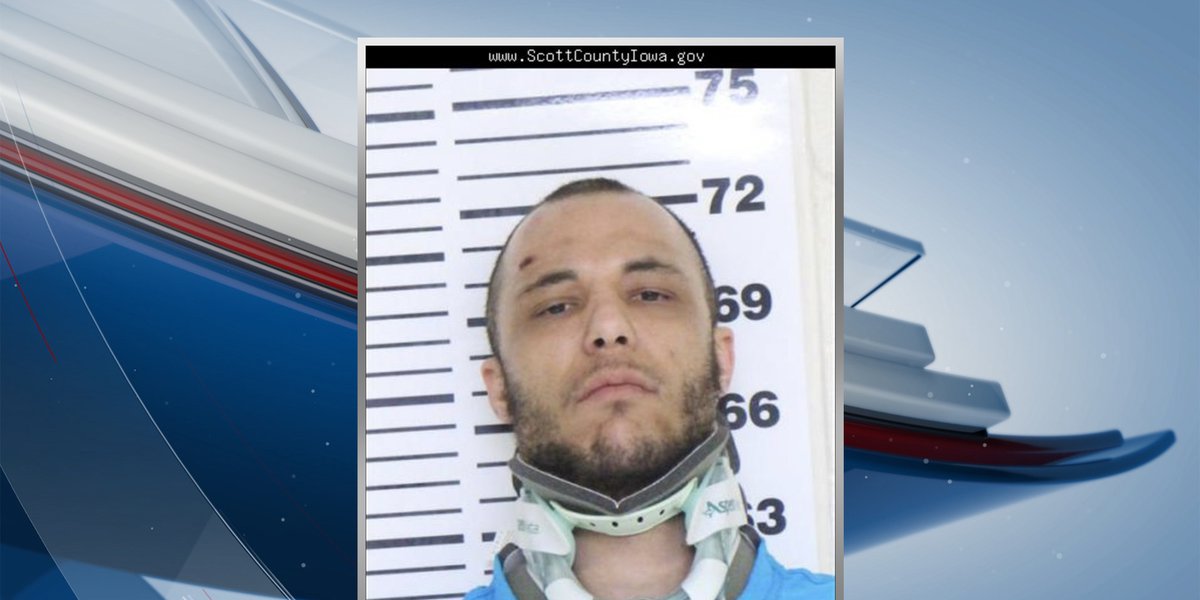 DAVENPORT, Iowa (KWQC) – A Davenport man was arrested after police say he ran from police and collapsed in Davenport on Sunday.

According to an arrest warrant:

The Davenport Police Department attempted to stop a red 2011 Chevy Impala driven by Roelandt without a license plate at West 35th Street and Harrison Street around 12:40 a.m. Sunday.

Roelandt did not stop at the marked police car with its lights on. Officers said he was going 25 mph or more over the posted speed limit.

Roelandt was going the wrong way in one direction until he fell several blocks. He got out of the car and ran away from the police.

Police said they found two fully loaded handguns inside the car, one of which was stolen. Marijuana was also found in the car.

Roelandt has been convicted of first-degree robbery and assault while participating in a crime in Scott County, according to the affidavit.

Roelandt is being held in the Scott County Jail on $50,000 cash-only bail, according to court records. A preliminary hearing is scheduled for Nov. 3 in Scott County Court.

READ ALSO :   A young man has been charged in connection with a shooting in Burlington