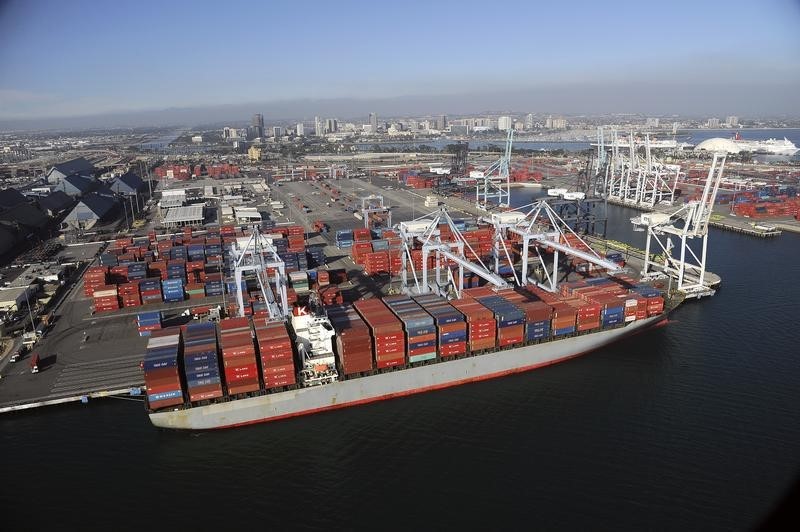 Investing.com – COSCO SHIPPING Holdings Co Ltd (SS :), the listed arm of the shipping giant of the same name, on Tuesday forecast a stronger net profit for the past nine months thanks to higher ocean freight rates.

The company expects net profit attributable to shareholders for the nine months to September 30 at about 97.21 billion yuan ($13.59 billion), up 43.7% from the same period last year. EBIT is expected to be about 143.59 billion yuan, an increase of nearly 50% over last year.

In an announcement to the Hong Kong Stock Exchange, COSCO said the strained relationship between supply and demand for international freight had kept export freight rates at high levels.

The company said it has also resorted to cost-cutting measures amid headwinds from the local COVID-19 outbreak and broader geopolitical tensions stemming from the Russo-Ukrainian War.

Chinese trade activity has remained fairly stable this year despite slowing domestic production and declining demand for exports and imports. But the big drop in China in August may portend future weakness for major shipping companies.

Growth in China slowed to 7.1% in August from 18% the previous month, while barely expanding during the month. This sent China’s trade balance to $79.39 billion in August, missing expectations as economic turmoil around the world affected demand for Chinese goods.

Data later this week is expected to shed more light on China’s international trade in September, and also serve as a benchmark for the economy, which is still reeling from the impact of the COVID lockdowns earlier this year.

Freight rates also reflected a slowdown in trade. Despite enjoying a relatively strong first six months, as COVID-related disruptions drove up container bookings, Chinese freight rates have fallen sharply in recent months, according to data from the Shanghai Shipping Exchange.