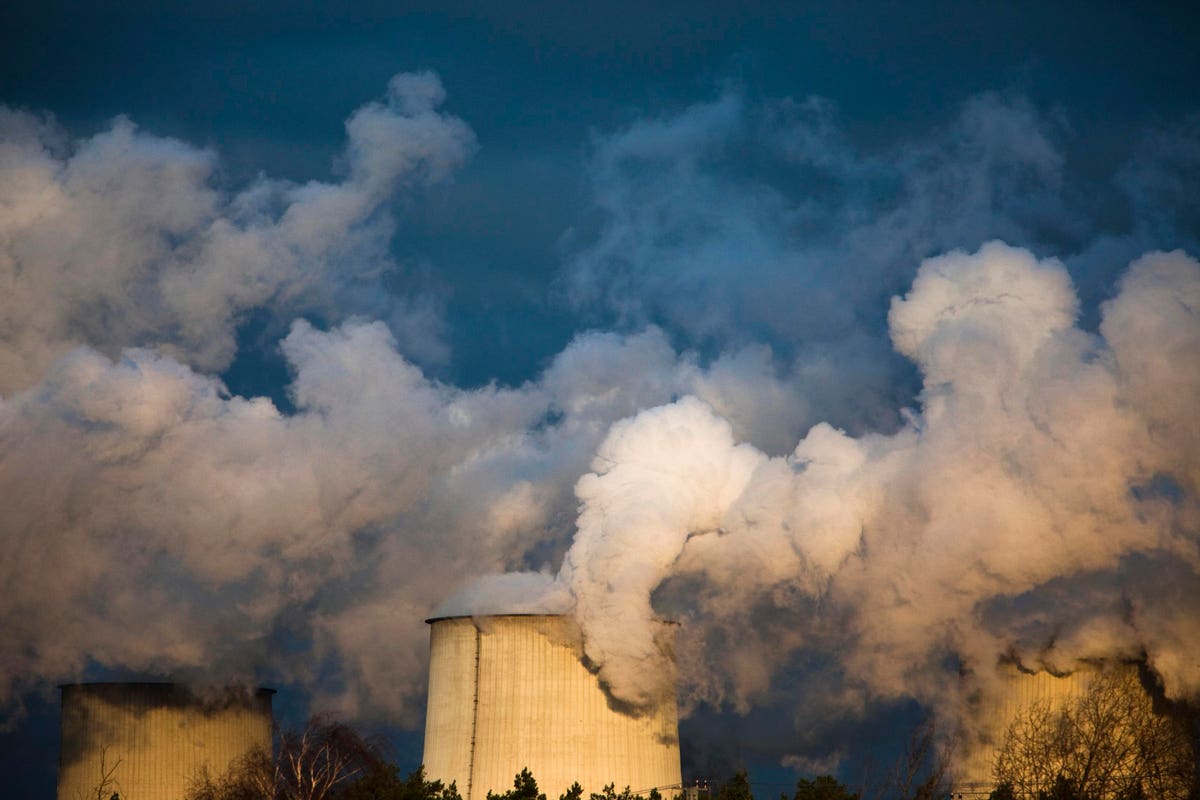 Carbon credits have struggled to gain a foothold between countries and companies. But Deutsche Bank has lit a fire beneath it — specifically, “sovereign credits” issued by rainforest nations. The goal is to reduce deforestation.

Rainforest nations now have financial assets to enable them to conserve their trees and attract financing. The proceeds from carbon credit sales will also be used to further reduce emissions, build infrastructure, and protect themselves from things like floods. It’s an asset class that can be traded in global markets – and essential to resolving the climate emergency.

Nature has value, and we need to express that. One way is through carbon credits, which correlate with nature that absorbs carbon,” says Markus Muller, chief investment officer at ESG for Deutsche Bank, in an interview. “So, sovereign carbon credits are one of the tools that allow capital to flow to where it is needed to protect countries from a deteriorating climate and further reduce emissions.”

Rainforest nations have succeeded in reducing their emissions and keeping their rainforests alive. But they did not receive funding, which pressured them to use those trees for timber or that land for agriculture. Herein lies the paradox: According to the United Nations Framework Convention on Climate Change, we must cut carbon emissions by 59 billion tons by 2050. But we haven’t cut them nearly enough to avoid rising tides, beach erosion and melting ice caps.

However, Deutsche Bank has changed the calculus. Gabon is about to issue 90 million tons of sovereign national carbon credits, and Papua New Guinea will soon follow.

Gabon, located on the west coast of Africa, has 88% of the rainforest. It has one of the lowest rates of deforestation in the world, which prevented 1 billion tons of carbon dioxide between 2010 and 2018. At the same time, 70%-80% of the rainforests in Papua New Guinea remain untouched, although they could The land be used for agriculture or timber. Trees should be worth more dead than alive.

“If we cut down the forest, we are losing the battle against climate change,” says Lee White, Gabon’s Minister of Water, Forests, Seas and Environment. “We’ve created carbon credits through sustainable forests.” The credits could add value to the nation’s rainforests and bring the value of this land to anywhere between $10 billion to $15 billion—a much-needed economic pull.

Where will this money go?

Gabon will reinvest 10% in its forest, creating an ecotourism industry that requires monitors, rangers and guides. But the money will also go to rural development (15%), a sovereign fund in Gabon that invests in future generations (25%), debt servicing (25%), and health, education and climate infrastructure (25%).

Science says the global community must cut annual carbon dioxide emissions by 2.5 gigatons – if it limits temperature rise to 1.5 degrees Celsius.compared to pre-industrial levels. If not, there would be trillions of dollars in damages. Just look at Hurricane Ian, which is estimated to have caused $70 billion in damage. In 2021, there were $105 billion in insured losses, and in 2017 — the most costly year to date — $340 billion in economic damage occurred.

As it stands now, the voluntary carbon market has the most important market share – private deals negotiated between landowners and intermediaries outside the purview of the global climate agreement. The voluntary credits represent only 200 million tons of emissions reductions, less than 10% of the required annual CO2 reductions of 2.5 gigatons. Build scale is the next step.

An independent body aims to enhance confidence in voluntary markets. says Daniel Ortega Pacheco, Co-Chair of the Integrity Council of the Voluntary Carbon Market Expert Panel. “We expect the market to expand significantly once buyers have confidence in the quality of the credits.”

Can sovereign and voluntary carbon credit markets work together? Pedro Baratta, co-chair of the Integrity Council, says REDD+ is critical to “effective climate mitigation at the national and global levels,” adding that voluntary markets can “direct urgently needed funding” to critical projects. In an email interview, he said all carbon credits should generate “verifiable reductions and removals with high social and environmental integrity.”

Companies, of course, have questions about the sovereign credit market. For starters, they want to see if they can trust national governments to spread “wealth,” ensuring that societies thrive. The truth is that rainforest nations are self-motivated to distribute money to reduce emissions. If they don’t, countries and companies will stop buying credit.

The second concern is “leakage” – a term that applies to countries that save trees in one area while cutting them down in others. But sovereign credits require a comprehensive approach: Under the REDD+ financial mechanism, governments count their forest lands and set targets to halt deforestation. The United Nations evaluates this progress before approving its performance and emissions reductions. Moreover, satellites are hovering overhead making forest management public knowledge. The data is updated every two days, and it is accurate.

“These developing countries are reducing emissions by hundreds of millions of tons,” Kevin Conrad, executive director of the Rainforest Nations Alliance that developed REDD+, says in an interview. This is the pace and scope that the climate requires. Sovereign credits will further stimulate this matter.”

Developed countries want their companies to voluntarily adhere to net-zero targets. But countries have promised to reduce carbon dioxide levels by set percentages, known as “nationally determined contributions.” They will start buying carbon credits – assets that are transferable between countries. If Gabon or Papua New Guinea exceed their emissions target, for example, they can sell credits to those governments struggling to meet their targets.

Conrad explains that voluntary markets have “middlemen” who arrange for a company to buy loans from a developing country to help it save its rainforests. The company pays the broker and then the landowners or developers of the project get a percentage of the money. The company treats credit as an expense, and its customers ultimately pay the cost.

In contrast, sovereign credits rise over time. Companies don’t cost them. Instead, they count them toward their carbon reduction goals — part of a global accounting system agreed upon by 200 countries. It is a slice of the overall mosaic that includes the use of more renewable energy and the deployment of energy efficiency technologies.

“Sovereign carbon credits have the potential to enable countries to reduce the cost of implementing their climate pledges,” says Deutsche Bank’s Mueller. “Nature and its systemic value must become part of our economic decision making.”

Rainforest nations are vital to slowing the climate emergency. So far, they have been excluded from carbon markets – a devastating environmental injustice. But Deutsche Bank’s work could change that, and the upcoming release from Gabon will be the first indication of that. In fact, sovereign credits may appeal to corporate buyers because they comply with global climate standards. This makes it a good value asset class for environmental and economic expansion.