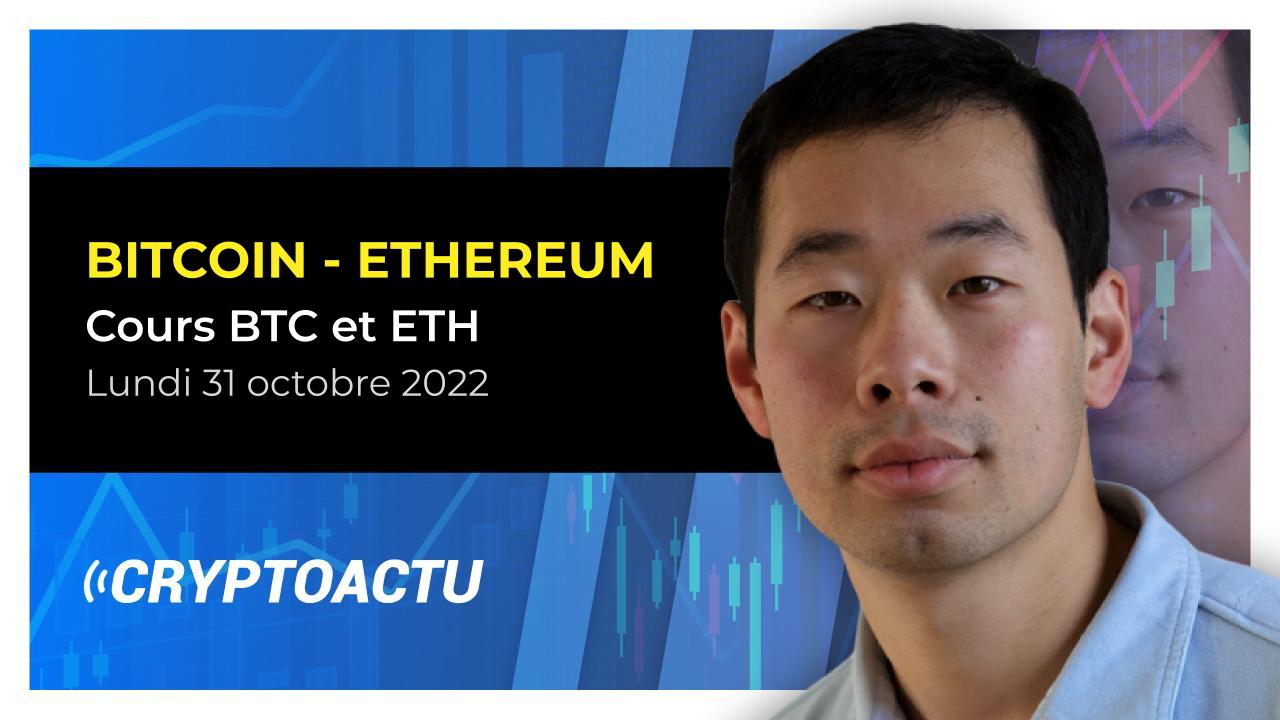 In the hope of a possible change in monetary policy from the FED, Bitcoin and Ethereum are getting a breath of fresh air from their respective supports. This favorable turnaround allows for the moment to ward off the danger of a third wave of correction since their last ATH in November 2021.

However, we will have to wait for the outcome of the next meeting of the American central bank. And more particularly, the press conference of its president Jerome Powell which could be decisive regarding the evolution of risky asset classes. Given the extent of the current uncertainties on the financial markets, be careful that their recent rallies are again not traps on the upside.

However, investor sentiment would lean curiously towards optimism. So much so that many investors would like to believe that the bear markets would come to an end. From now on, let’s see if BTC and ETH would potentially prepare us for a good surprise.

Thanks to the close of last week’s bullish candle, Bitcoin is back slightly above the $20,000 support. And at the same time, it has crossed the descending line of its bear market since its last ATH in November 2021. But even so, prices are still stuck in a status quo or a tidy extremely narrow around the 2017 ATH.

Moreover, the sellers would be far from having capitulated. On the one hand, the technical indicators are clearly below their respective fold lines. And on the other hand, Weinstein’s phase 4 still poses a threat to buying impulses. Because precisely, the 30-week moving average (MM30 weekly) is now slipping below the resistance of $26,000.

If we want to legitimately regain hope, the latter must see its downward slope settle. Hence the importance of a throwback on the $20,000 which could settle the situation. In this case, BTC prices would eventually retrace towards the resistance at $26,000. With a bonus, the formation of a double bottom which would make it possible to still look upwards. And why not go back beyond $30,000 assuming that the chartist figure respects its logic.

Unlike Bitcoin, Ethereum’s rebound looks more choppy in weekly units. In effect, we are momentarily witnessing a change in positive polarity around $1400. From now on, this level corresponding to a few cable lengths to the ATH of 2018, passes from resistance to a weight support. Even better, prices are touching the descending line of the current bearrun and are approaching both the weekly 30-MA and the $1700 resistance.

That being said, it would be pretentious to record a possible end to Weinstein’s phase 4. And for good reason, the slope of the weekly MM30 always tends downward and evolves parallel to the descending line. Under the assumption that ETH prices attempt to gain momentum, a false buy signal should not be discounted. Unless the MACD and RSI cross the zero line and neutral zone at 50 respectively and then settle permanently above it.

If both technical indicators turn in this direction, Ethereum could see triple. Thereby, it would simultaneously offer the scalp of the descending line, the weekly MM30 and the resistance of $1700. In which case, prices would come back in power towards the resistance of $2300, the former low of the last tidy or horizontal channel.

BTC and ETH – Nothing to jump to the ceiling!

Bitcoin and Ethereum would seem to somewhat redo the icing on their respective supports. To the point that we would imagine ourselves at the start of a neutralization of their bear markets since their last ATH in November 2021. From there to see that the worst is finally behind us, the path to a return of confidence in cryptocurrencies could be strewn with many obstacles.

Besides, there would be nothing to jump to the ceiling. Not only that, the hope of a change in monetary policy from the FED remains just a rumour. But the disappointment would be great if it decides to continue its rate hike cycle for an indefinite period. And although the peak of inflation in the United States has already taken place, it is clear that it has barely fallen by 1% since last June.

At this rate, that would not be enough to satisfy the Fed at the risk of accentuating monetary tightening. Because precisely, not doing enough to fight inflation would call into question its credibility with the financial markets. Because conversely, it risks causing a bullrun on commodities, which themselves would benefit from a fall in the dollar and the lull in bond rates. Not to mention that their supply side remains in deficit.

Based on a possible observation, we would fear, as was the case during last summer, a return to square one on all risky asset classes, at least where their recent rallies had started. Thus, the chances of a good surprise on BTC and ETH could be shattered. Unless the FED is surprisingly flexible.