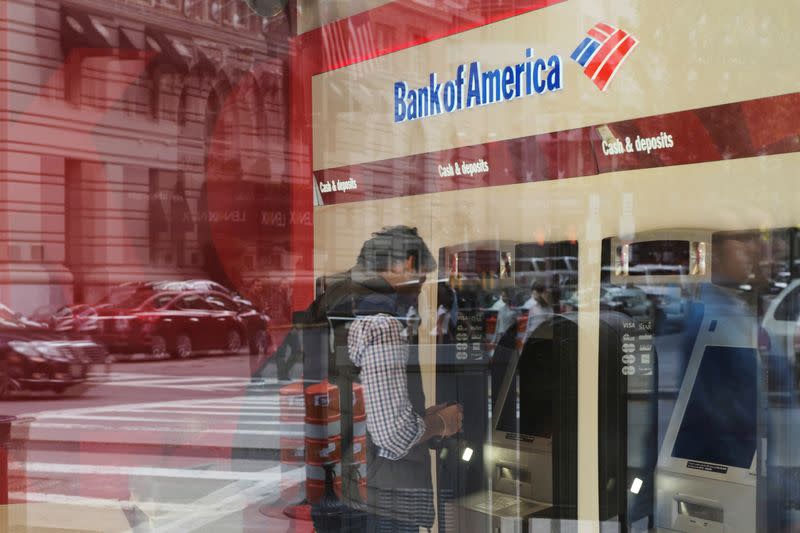 By Mehnaz Yasmin and Manya Saini

Oct 17 (Reuters) – Bank of America Corp joined other big U.S. banks in reporting a 9% drop in third-quarter profit on Monday as it set aside funds to cover loans hit by a possible downturn in the U.S. economy. .

America’s second-biggest bank added $378 million to its bad-loan reserves as it braces for a weakening economy. The figure compares with $1.1 billion released a year earlier.

Aggressive monetary policy moves by the US Federal Reserve to rein in inflation have sparked fears that the economy could slip into recession as interest rates rise.

However, the bank managed to maintain its top spot in global leveraged finance this year, even as trading volume in the sector fell by a quarter to $1.4 trillion, according to data from Dealogic.

Excluding one-off items, the bank earned 81 cents a share, according to Refinitiv calculations, beating analysts’ average estimate of 77 cents a share, thanks to a 24% rise in net interest income.

(Reporting by Mehnaz Yasmin and Manya Saini in Bengaluru and Saeed Azhar and Lananh Nguyen in New York; edited in Spanish by Daniela Desantis)