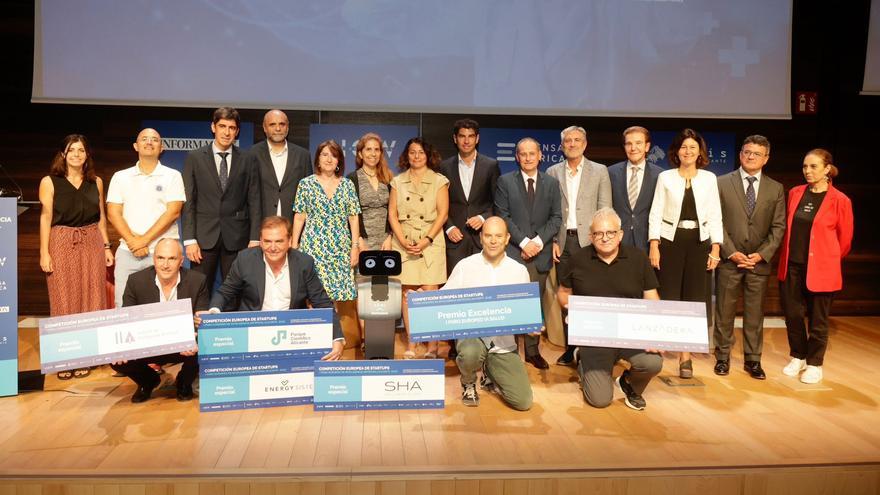 Closing ranks of the two public universities of the province with Alicante candidacy to house the future Spanish Agency for the Supervision of Artificial Intelligence. Both the rector of the University of Alicante, Amparo Navarro, such as that of the Miguel Hernández University, Juan Jose Ruizhave taken advantage this Friday of their participation in the 1st European AI Forum organized by Encuentros NOW, the ELLIS foundation and Prensa Ibérica -INFORMACIÓN’s publishing group- to support the initiative and offer their resources.

Thus, Navarro has announced that he has already proposed “formally, both to the Government delegate in the Community, and to the Minister of Universities science park groundsin the municipality of Alicante, for location» of this body. And he has done it after remembering that the UA was the first to have a Degree in Roboticsplus another in biomedical engineering and that the next course will teach another specific Artificial intelligence. Likewise, he pointed out that its facilities already house the foundation ELLIS -a benchmark in this field- and the ashwhich gives it the necessary “strength” to carry out the proposal.

The rector of the University of Alicante, Amparo Navarro. David Revenge

To give an idea of ​​the importance that the arrival of the state agency would entail, Navarro compared to the impact generated by the presence also in Alicante of the European Intellectual Property Office (EUIPO), where the event took place. Therefore, it has also highlighted the “special relevance” of the event, which has managed to bring together some of the greatest national and international experts in the field, such as lama nachmanthe director of Intel’s Human & AI Systems Research Lab, the woman who led the team that allowed Stephen Hawking to continue communicating when ALS completely paralyzed him.

An event that, moreover, will continue next week, when the UA itself hosts the ELLIS Doctoral Symposium 2022, in which doctoral students and researchers from all over Europe will participate.

For his part, the head of the UMH has also expressed his support for the candidacy and has stressed that his university “is prepared to collaborate in the elaboration of the memory relevant to that request. Juan José Ruiz has also highlighted that the center is reviewing its training offer to make it “more in line with current demands” and has announced the forthcoming implementation of the Robotics Engineering Degree and Artificial intelligence. In addition, he has also pointed out the special entrepreneurial vocation of the UMH through its science park, which has been key in the transfer of knowledge from the university to companies, with the creation of 160 firms.

During the keynote speech at the Forum, Lama Nachman described the progress made by his laboratory as a result of Stephen Hawking, as a result of the progress of his illness, he asked them for help in 2011 because he did not want to lose the autonomy that being able to speak gave him. A work that resulted in the creation of the ACAT open source platform, which Intel decided to make available to everyone and which has allowed numerous people with disabilities to “break barriers”.

For his part, the CEO of Prensa Ibérica, Aitor Moll, has highlighted the potential of Artificial Intelligence “in improving people’s quality of life”. But he has also pointed out that the development of this technology must revolve around three axes – the transparency, shared knowledge and ethics– «so that its advances contribute to correct inequalities and not to increase them».

READ ALSO :   The World Bank predicts increased risks of a global recession in 2023

Finally, the executive director of the EUIPO, Christian Archambeau, has recalled that «innovation is a essential engine of economic growth» and has pointed out the importance of protecting the intellectual property that is generated.