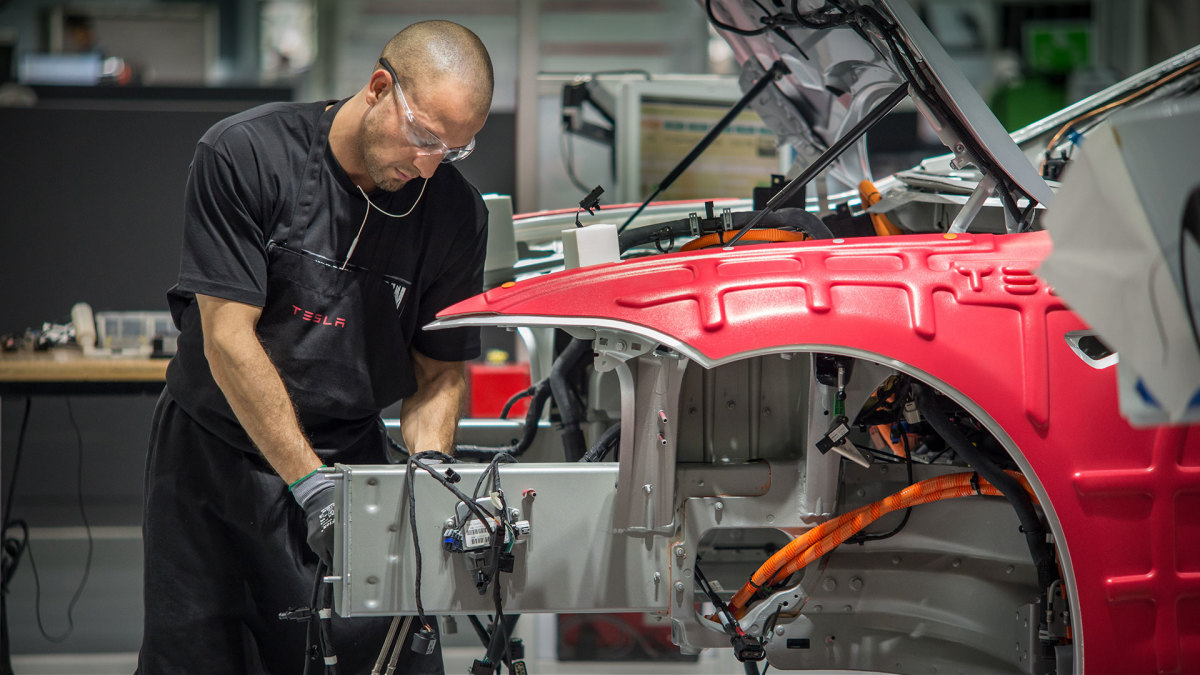 Electric vehicle manufacturer Tesla (TSLA) It has suspended its plans to expand its German factory, according to media reports.

Tesla plans to increase the plant by a third, but expansion plans have been removed from the local council’s agenda, Reuters reported, citing broadcaster RBB.

The item about Tesla’s expansion was removed from the September meeting by the mayor of Gruenheide, which is about an hour’s drive from Berlin. The electric car maker has a Giga factory in Berlin that manufactures its models.

The mayor said the item on the agenda needed more detail and clarification and declined to say whether the topic would be taken up later in 2022, according to RBB.

In May, Tesla sent out a request to increase the plant by a third of its size by building on an additional 100 hectares east of the existing plant, RBB previously reported.

Tesla currently owns 300 hectares of land for an automobile plant and a battery plant under construction. The company sought to establish a charging station, logistics areas and car parks in the expansion area.

Electric vehicle makers must be able to obtain lithium because the metal is a dominant material for the manufacture of electric vehicles.

The demand for lithium has increased in the past few years as electric vehicles are gaining popularity and consumers choose to purchase them.

Lithium is in high demand as the raw material is also used to power mobile phones and tablets as well as power banks and standby power units.

The largest reserves of lithium are in Australia and Chile, but processing them takes time.

Tesla CEO Elon Musk has promised that he will announce the locations of its future plants.

Tesla has claimed in the past that it will produce 20 million cars a year by 2030 due to the high demand for electric vehicles.

“I think it is aggressive, but not impossible, that we can manufacture 20 million cars in 10 years,” the serial entrepreneur said of the delivery of the first vehicles from the group’s first European plant last March in Germany.

“And that would be a good number because there are two billion cars and trucks in the world in active use, so 20 million would be 1 percent of the global fleet annually.”

Tesla recently laid out initial plans to build a lithium refinery in Texas with the help of tax credits.

“Tesla is evaluating the potential development of a battery-grade lithium hydroxide refining facility, the first of its kind in North America, as well as facilities to support other types of battery material processing, refining and manufacturing, and additional manufacturing processes to support Tesla’s sustainable production line,” the company said in a public request that Submit it to the Office of the Comptroller in Texas.

Tesla said the site will process raw material into a “usable state for battery production.” “The process that Tesla will use is innovative and designed to consume the least hazardous reagents and create usable by-products.”

“The final product, battery-grade lithium hydroxide, will be packaged and shipped by truck and rail to various Tesla battery manufacturing sites that support the supply chain needed for large-scale electric vehicle batteries.”

READ ALSO :   A study claims that artificial intelligence can cause the extinction of humans