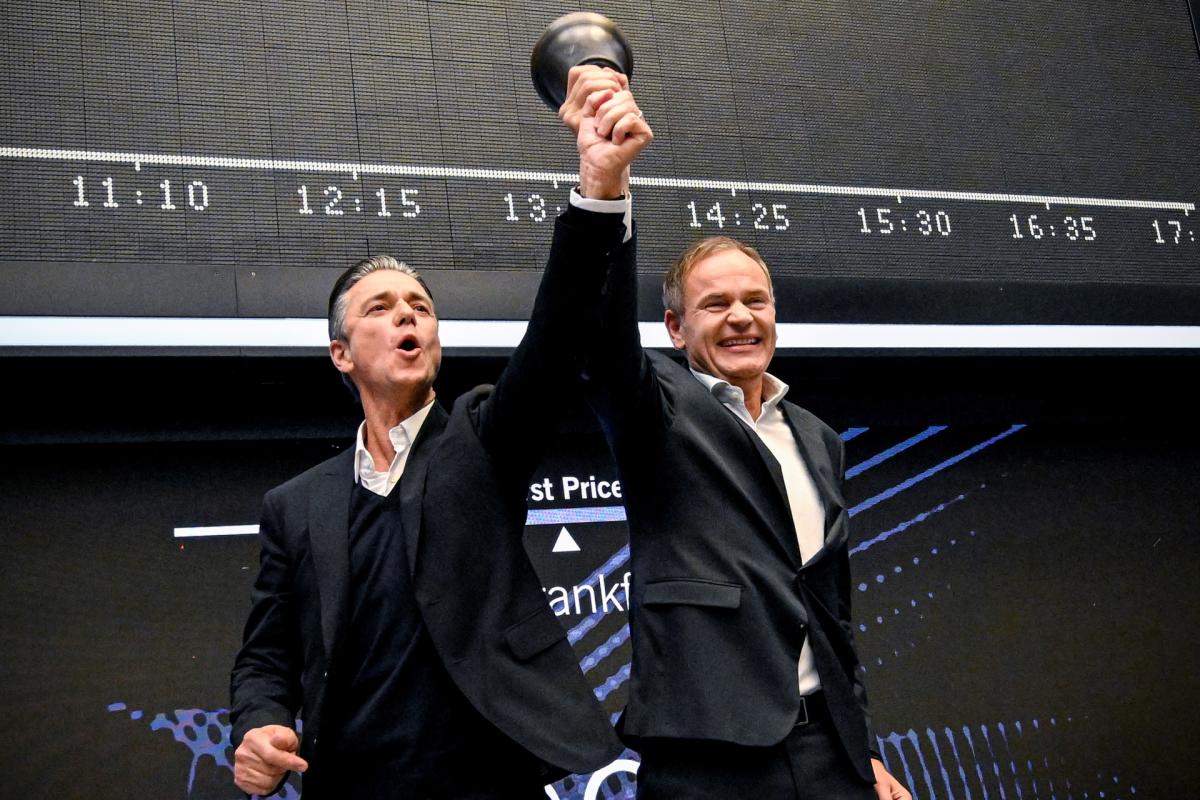 Berlin, Sep 29 (EFE).- The German sports car manufacturer Porsche – a subsidiary of Volkswagen (VW) – has gone public this Thursday in the largest operation of its kind since 1996, when the German telecommunications company Telekom did it.

Most of the shares were acquired by large investors, while small investors only had access to 7.7 percent of them.

About 40 percent of the shares went to the portfolios of four investors, including the state of Qatar, a large VW shareholder.

The value of the Porsche share had been set at 82.50 euros and in the first minutes of the negotiations it rose to 84 euros, despite the tense situation currently experienced by the European stock markets.

Throughout the day the headwind was felt, however, and the action fluctuated between 82.50 and 86 euros, and in the end it was consolidated at 83 euros.

All this in the midst of concerns about the war, the energy crisis and the imminent recession that make investors appear rather reserved and that has led to the DAX of the Frankfurt Stock Exchange, the reference index in Germany, having dropped 25 percent over the year.

“It’s impressive that an IPO of this size can be achieved at a time like this,” said Thomas Altmann of trustee QC Partners.

VW’s chief financial officer, Arno Anlitz, has been pleased with the way it has gone public.

“We are pleased that we were able to successfully carry out the IPO,” he said.

According to Antlitz, the high demand for the stock shows the confidence investors have in Porsche.

The IPO will give the sports car brand greater business independence. For VW, for its part, the proceeds from the IPO provide it with more flexibility in the transition to electromobility and digital transformation.

“It is an operation in which both parties win. VW receives fresh capital to finance the transformation. Porsche has the possibility of being more agile with the new independence”, as highlighted by the president of Porsche, Oliver Blume, in statements to the First German Television Network (ARD)

One of VW’s plans is the creation of an electric battery manufacturing network, which will require more capital than initially budgeted since the first decisions were made at a time when the effects of the war in Ukraine could not be considered.

While the VW part of the plan, to raise capital by going public with Porsche, has been successful, the same cannot be said for the other part, which was to strengthen the consortium’s share price.

In total there are 911 million shares, referring to one of Porsche’s best-known models, the P911.

The Porsche SE parent company, controlled by the Piech and Porsche families, received, with a preferential price, 25 percent of the shares and one more share, with which it has a veto capacity and great influence on the company’s decisions. .

With this, the two families regain control of the company that they had lost in 2008, when it was absorbed by VW. Earlier Porsche had failed in its attempt to absorb VW.

Porsche SE will finance with debt the value of the shares that is estimated at 10.1 billion euros.

About 49 percent of the revenue must go to VW shareholders, which must be approved by a meeting in December.

In addition, special bonuses are contemplated for workers. In VW there is talk of 2,000 euros per worker, while Porsche has not yet set an amount.