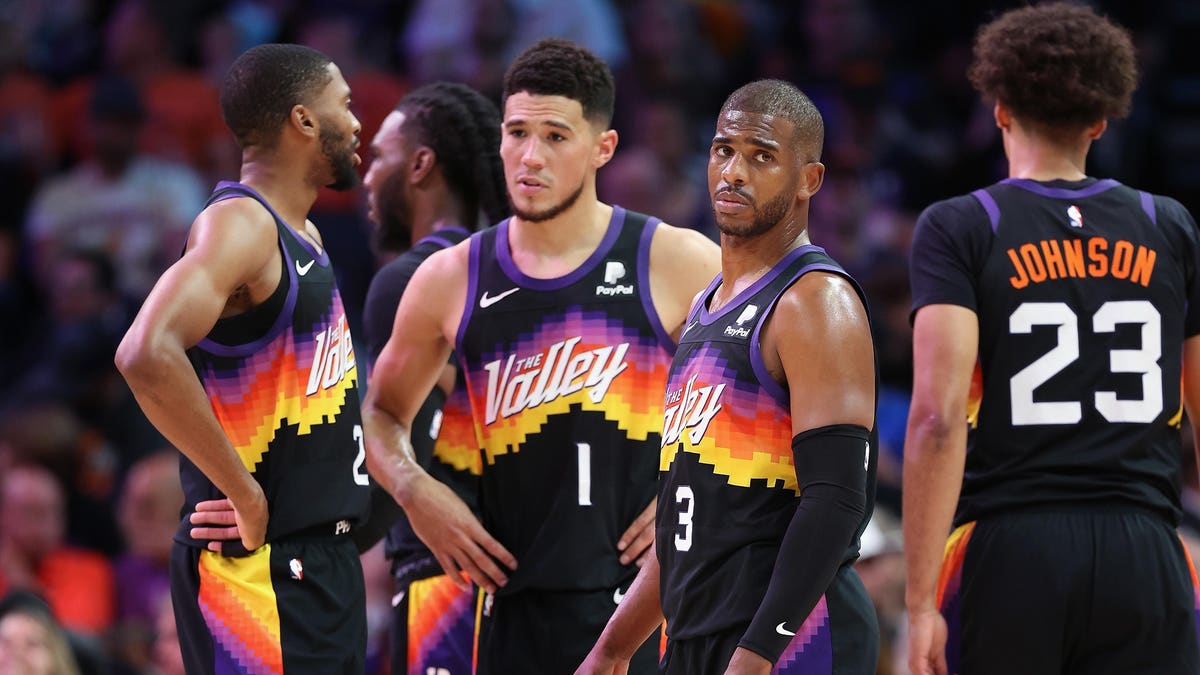 PayPal said Friday it will not renew its sponsorship agreement with the Phoenix Suns if controversial team owner Robert Sarver does not resign, in the most prestigious financial fallout from an NBA investigation released earlier this week that found Sarver to engage in racist and misogynistic behavior. , but allowed Sarver to retain the team after being suspended for a year.

Dan Shulman, PayPal CEO, said in a statement that PayPal would not work with Suns if Sarver “remains involved” with the team after his one-year suspension period expires, saying the company “strongly rejects[s] Robert Sarver’s behaviour.

PayPal has been the official Suns shirt patch sponsor since 2018, an agreement that was set to expire after the 2022-23 season.

The move comes amid growing calls for Sarver never to return to power, either through a forced sale or resignation, including from the Suns’ second-largest shareholder and Vice Chairman Jahm Najafi, who called on Sarver to step down on Thursday.

In a statement released by the team on Tuesday, Sarver said he took “full responsibility for what I did” although he disagreed with “certain details of the NBA report.”

The terms of the Suns’ deal with PayPal are unknown, but jersey patch sponsors typically pay NBA teams between $5 million and $20 million per season. Findings from a 10-month NBA investigation into Sarver on Tuesday revealed that he said the N-word at least five times, intimidated employees and made inappropriate and sexually charged comments to and around female employees. The league fined Sarver $10 million and banned him from all team activities for 12 months. Adam Silver, the NBA commissioner, defended the league’s penalty on Wednesday, saying the league is unable to punish the owners further, despite the NBA banning Los Angeles Clippers owner Donald Sterling for life in 2014 for a similar racist incident. Several of the NBA’s most prominent players have said the NBA sanctions failed to hold Sarver responsible, including Suns star Chris Paul and LeBron James.