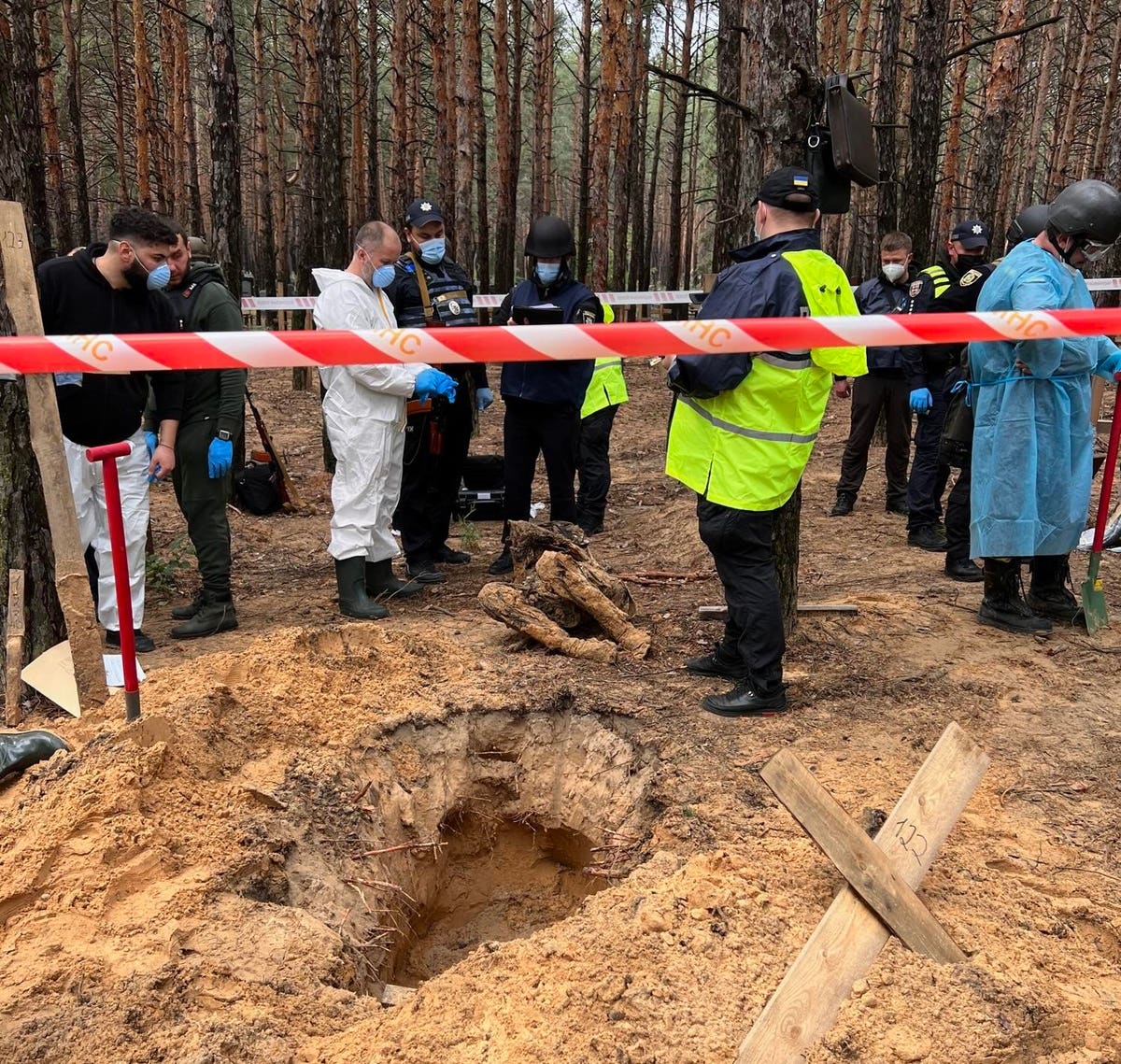 As Russia’s attack on Ukraine continues and the war rages on, reliable sources of information are critical. Forbes collects information and provides updates about the situation.

Kharkiv region, Izyum More details have emerged of the territory Ukraine reclaimed from Russia last week, such as the city of Izyum. Izyum came under intense Russian artillery attacks in the spring and eventually fell under Russian control. Ukrainian forces regained control of the city on 10 September after expelling Russian forces. Since then, shocking details of Russian war crimes have emerged.

Multiple individual and group graves were discovered with corpses, including children, some bearing signs of torture. ““450 bodies of civilians were buried with traces of violent death and torture in a forest belt,” said Kharkiv regional governor Oleg Senihopov.

This video, filmed by Taras Berezovets, press officer of the 1st Special Forces Brigade of Ivan Bohon, provides some details of the aftermath of the battle in the Kharkiv region.

According to Dmytro Lubinets, Commissioner for Human Rights of the Verkhovna Rada, 54 Ukrainian civilians were killed by a Russian air strike on a high-rise building in Izyum In the Kharkiv region on March 9.

Kharkiv. The Russian army attacked the industrial district of Kharkiv with two missiles, which caused a fire in one of the facilities. There were no deaths or injuries. During the inspection of the explosion sites, it was established that the attack was carried out with S-300 surface-to-air missiles.

Chuhiv, Kharkiv region – an 11-year-old girl was killed and a 73-year-old local was injured The result of a missile attack by Russian forces on residential buildings in the town of Chuhuev, according to the Kharkiv Regional State Administration.

Dnipropetrovsk region. Russian forces bombed Nikopol and the surrounding area With BM-21 Grad missiles and heavy artillery throughout the night. Houses, an industrial workshop, gas pipelines and power lines were damaged. The governor of the Dnipropetrovsk region, Valentin Reznichenko, reported that Russia attacked three communities in the district – Nikopolska, Marjanitska and Mirevska – and fired more than 90 shells at towns and villages.

Russian soldiers set up a torture chamber in the village of Kozacha Luban in the Kharkiv region. Law enforcement officers established that during the occupation of the settlement, representatives of the Russian Federation set up their own law enforcement agency, in the basement of its headquarters, and created a torture chamber where civilians were subjected to inhuman torture. During their search, the police confiscated documents confirming the work of the Russian police department, and found an object that was used to torture civilians.

Since the beginning of the massive Russian invasion in February, 2,500 Ukrainian educational institutions have been damaged by bombings and attacks by the Russian Federation. Of these, 289 were completely destroyed, reports the Prosecutor General’s Office of Ukraine. As of September 17, More than 1,145 children were injured in Ukraine as a result of Russian armed aggression. According to the official information of the Juvenile Prosecution, 389 children died, and more than 756 were injured, with varying degrees of severity.

These numbers are undoubtedly low given how little is known about the fate of many in the Russian-occupied parts of Ukraine.

More than 80 thousand Ukrainians were evacuated from the dangerous and temporarily occupied territories. “As part of the mandatory evacuation, more than 17,000 citizens left the Donetsk region, including nearly 3,000 children,” according to the website of the Ministry of Reintegration of Temporarily Occupied Territories in Ukraine. More than 24,000 people have been evacuated from particularly dangerous areas. from the Kherson region, more than 5,000 people from the Kharkiv region, more than 30 thousand citizens of the Zaporizhzhya region. ”