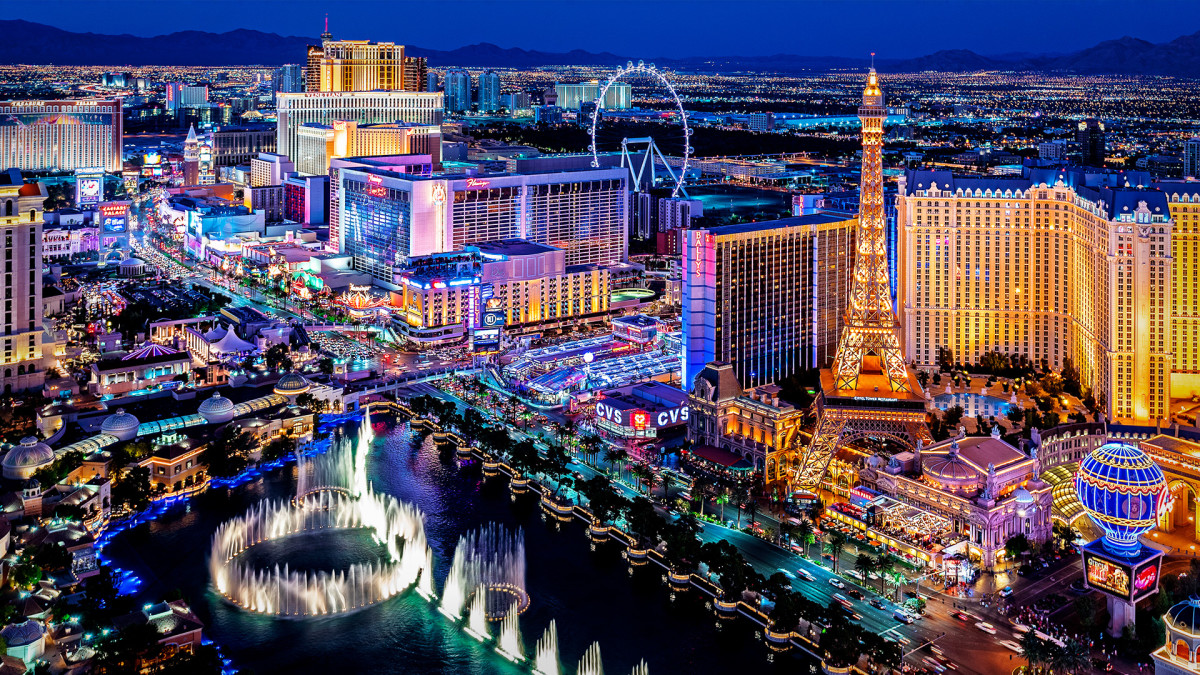 Whatever you can do, I can do better.

This seems to be the motto that guides MGM Resorts International (MGM) and Caesars Entertainment (CZR) As they do in a fight in Las Vegas. If the Caesars brings in Adele, MGM adds Usher. The same when it comes to restaurants owned by famous chefs, new shows and experiences, swimming pools, day clubs, nightclubs, and almost any other type of activity on offer.

Caesars and MGM have other competitors, of course, but these two giants of the Las Vegas Strip have properties lumped together in the central and southern strip. A visitor who goes to a convention at the Venetian’s Sands Expo Center or attends a Las Vegas Golden Knights game or UFC event at the T-Mobile Arena can easily stay at a variety of Caesars or MGM hotels and be close to their event.

That’s why you can never look at a move one company has taken and not think about its impact on the other. Caesars and MGM may not react to each other’s moves when they make decisions at the micro level, but on a larger scale, what one does affects the other.

Now, with Caesars giving Bally’s Resort and Casino an overhaul and rebranding under the Horseshoe name, MGM also has big plans for one of its properties on the Las Vegas Strip.

You could argue that Caesars may have decided to redesign Ballys because MGM bought Cosmopolitan, giving it a gambling-focused property in the heart of the strip. The Cosmo, as it is sometimes known, blends old and new Vegas into a contemporary estate that feels luxurious but is actually closer to the middle class.

Horseshoe, a name with a long association with the city of Las Vegas that has never appeared on the Strip, has a bit of that with its focus on being friendly to gamblers, albeit in an old Vegas fashion.

“Horseshoe started as a gambler for gamblers, at its core, and is all about delivering a proper gaming experience to the player. Over the years, as the brand has expanded into markets across the country, Horseshoe has remained true to its heritage, sticking to the exciting spirit of no-limit betting.”

Caesars didn’t give many details about the changes, but the sportsbook restaurant will be a new concept from Guy Fieri, and the property will have a large arcade for all ages.

While MGM won’t do anything as daring as sell the Mirage and buy the Cosmpolitan, it will make a huge difference to one of its hallmark properties on the Las Vegas Strip. The company has already begun work on what was being called the “west wing” of the MGM Grand, which will now be known as the “studio tower”.

The company plans to renovate the 700-room tower to make it a kind of hotel within a hotel.

The company said the new look will reflect “a retro feel of the desert with mid-century modern design and decorative aesthetics.” MGM described the newly redesigned tower as “a refreshing respite just steps from the energy and excitement of one of Las Vegas’ flagship hotels,” MGM said in a press release.

Like Caesars’ efforts with Horseshoe, there are some nods to Las Vegas’ past here in the project designed by Los Angeles-based Avenue Design.

“We envisioned introducing a little bit of nostalgia for the MGM Grand that reinvents the past while incorporating a modern version of mid-century Palm Springs,” said Ashley Manahan-Guestman, co-founder of Avenue Design. “We designed an exclusive getaway with a chic color palette, contemporary furniture, and geometric wall coverings to enliven the holiday with vintage elegance.”

The MGM Grand Studio Tower will also get a renovated lobby complete with neon signs and curved sofas along with hallways featuring dimensional wall coverings and tiered carpet.

“We wanted to make a new statement with our new Studio Tower rooms by creating a relaxed atmosphere that will appeal not only to leisure travelers here on vacation, but also business travelers looking for a refreshing break after a long day of meetings,” said MGM Grand Director Operations Michael Neubaker: “With this renovation, we’ve found innovative ways to expand spaces and upgrade amenities while adding modern amenities so our guests can truly enjoy a relaxing getaway during their stay.”