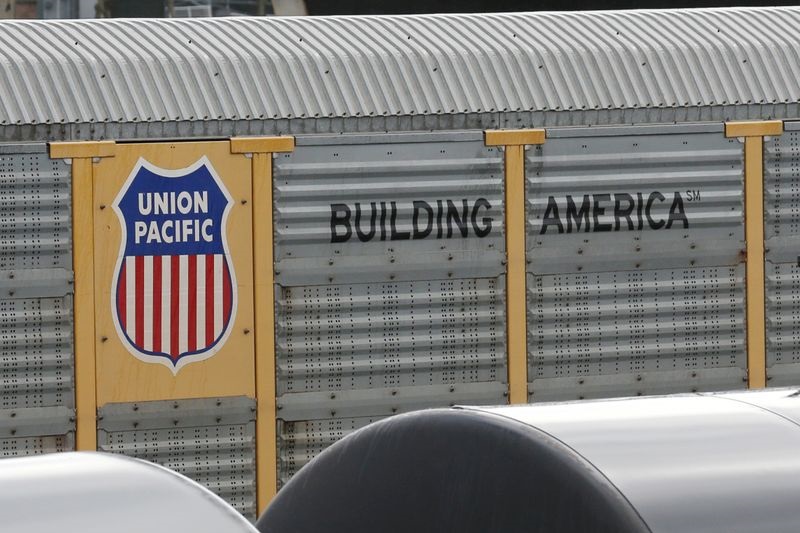 Investing.com – The threat of a US rail strike has been averted, the Labor Department said in a statement early Thursday.

“Moments ago, after 20 consecutive hours of negotiations at the Department of Labor, railroad companies and union negotiators reached a tentative agreement balancing the needs of workers, businesses, and our nation’s economy.”

“The Biden administration commends all parties for reaching this painstakingly and mutually beneficial agreement,” she added.

But the Ministry of Labor did not give more details about the “initial agreement.” Negotiations revolved around the main “quality of life” demands made by the two largest unions in the sector, BLET and SMART TD.

The unions, which represent more than 50,000 engineers and conductors, have been particularly concerned about labor cuts and scheduling of demands that they claim have made conditions unacceptable for workers in the rail industry.

The National Carriers Conference Committee, the body that negotiates on behalf of American Freight Railroads, said in a statement that it agreed to a 24% wage increase over the five-year period from 2020 to 2024, including a 14.1% salary increase effective immediately and Five annual payments of $1,000. However, he did not mention sick time, a major sticking point in the talks.

Analysts warned that the strike would have a severe impact on domestic supply chains that have not yet fully recovered from the effects of the pandemic, while also adding more upward pressure on higher consumer prices. According to a report by the American Railroad Association, a labor action to shut down rail networks could cost the US economy at least $2 billion a day, in addition to delaying commutes and disrupting freight shipments across the country.

Media reports said the deal will now go back to union members to vote after a cooling-off period after ratification.

READ ALSO :   Around 30,000 passengers are likely to be affected by the Eurowings pilot strike