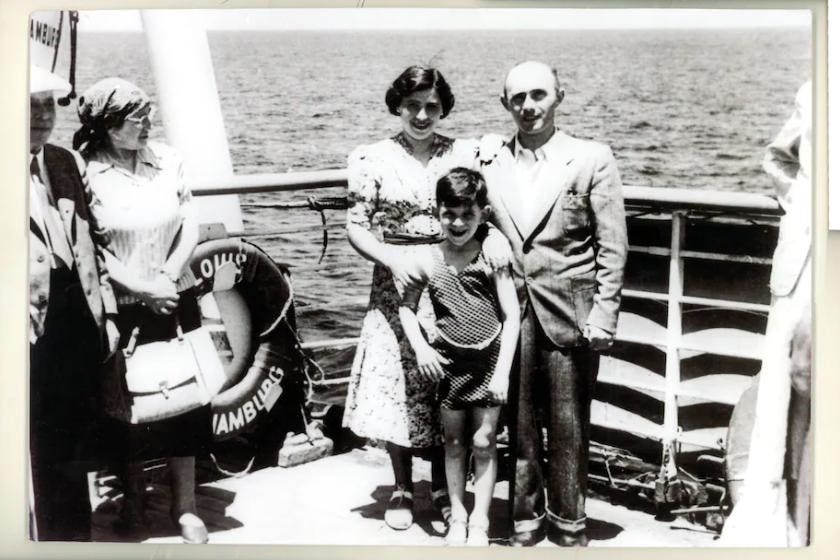 This is the reason why Burns created his latest work for PBSthree parts, a six-hour series titled The United States and the Holocaust.

Since Burns and his team began work on the project in 2015, the prolific director is surprised but how resonant the final product is today, explaining, “We’ve always focused our minds on telling the story, and [are] Always confident that once this is done, it will resonate; It will resonate with him for the time being. What may be disturbing but perhaps enlightening is the fact that this, in almost every sentence of this story, resonates in a very charged, very complex and very fragile present moment.”

Lynn Novick, who serves as director/producer on the series, adds, “It was strange to see echoes of the past reverberate louder and louder and louder throughout the time we were making the film. The resurgence of anti-Semitism, white supremacy, racism and hate speech, which were kind of on the sidelines, And moving into the mainstream, as we’re doing the movie, it’s made our relationship with the material, the story we’re re-telling, the kinds of questions we’re asking, just kind of louder and more powerful for all of us.”

Daniel Mendelsohn, author Lost: the search for six out of six millionwho worked behind the scenes and appeared in front of the camera in the documentary, said, “People who are watching this movie will be able to connect the dots in a very powerful way. Without detailing this point, I think it’s very clear, and I think people will see in this movie, and make it clear that this Kinds of things happen, and they keep happening; they happen.”

He thinks, “The thing the movie does makes you feel [that]These are people like us. They are no different. It is very important to keep in mind, [because] People said, then, “Oh, that’s never going to happen.” Those are the conversations we’re having around dinner tables right now, right? So, draw your own conclusions. But I think the points are contactable.”

As for the series’ tone, director/producer Sarah Botstein says, “We constantly calibrate when we make our films to tell history, to tell the story, to make it emotional, to make it fun, to make it personal, and I think you can feel sad and angry at the same time.”

Speaking on the subject, Mendelsohn feels, “I would say that I don’t feel that the movie is grumpy, but I do feel like the movie should piss you off, and I personally like the kind of splendor with which this unbearable material is presented. And again, I think the It’s about pissing off the audience and, again, connecting the dots. You know, if you can’t get busy with that, there’s a problem.”

What makes Mendelssohn really angry, he says, is that “some [those people] He was alive today. And the reason why they are not alive, is that the USA basically did their best to make it as difficult as possible for the Jewish refugees to escape the storm that was sweeping them.”

READ ALSO :   How to invest to beat inflation

For this reason, Mendelsohn feels strongly that while this happened 80 years ago, “the Holocaust is still happening, because we can still feel the ripples spreading, even in 2022.”

This is where the movie plays another major role, says Burns. “There’s a very important element in this movie. It’s testimony. You have to keep witnessing, telling these stories. It might not ease the pain, but it feels good to feel like you can back off a little bit any way you can.”