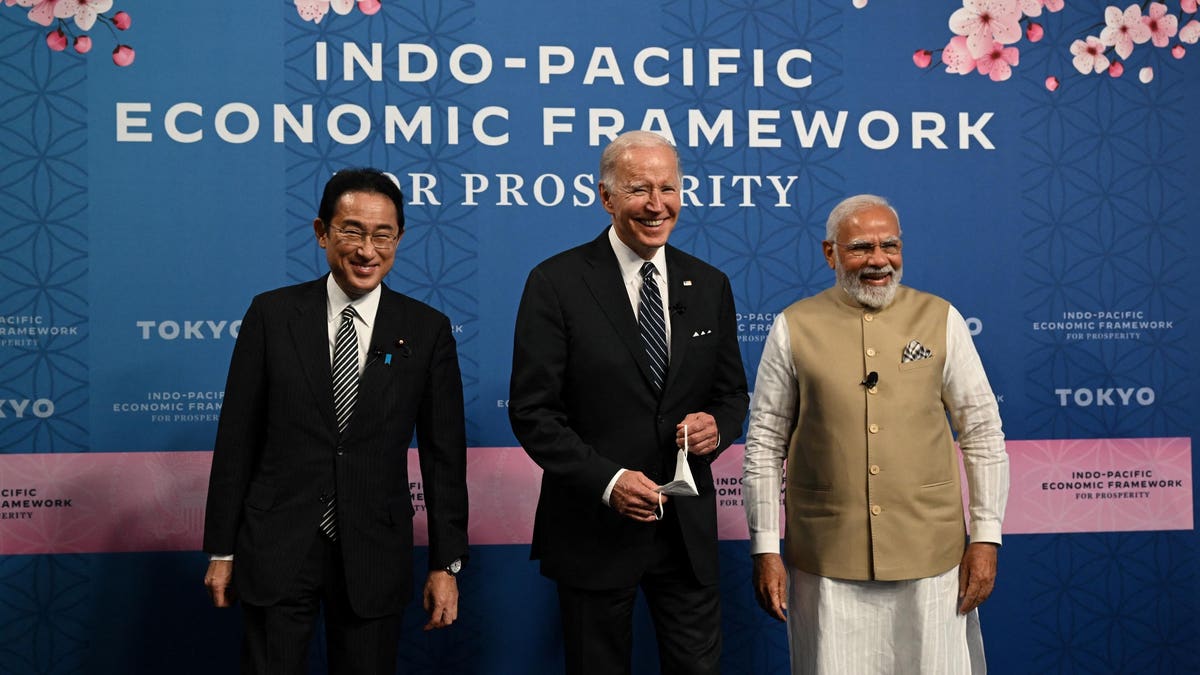 When India signed up to the Indo-Pacific Economic Framework (IPEF), the Biden administration’s signature Asian economic initiative, critics were confused. After all, India has been reputed to shy away from regional trade arrangements, formal or informal, due to concerns about sovereignty and the need to protect its local supporters.

However, here New Delhi has been enthusiastically supporting the IPEF, which also includes many pro-trade countries in the region, including Australia, Singapore, Vietnam and even Japan and Korea. It turns out that critics were acquitted the week before last, when India announced it was pulling out of the IPEF’s trade track, but it remains an active member in other areas, such as those focused on enhancing supply chain resilience, and cleanliness. Energy, tax and anti-corruption issues.

The Minister of Commerce and Industry, Piyush Goyal, explained India’s decision not to participate in this way: “India will watch what benefits the member states will reap and whether any conditions relating to aspects such as the environment may discriminate against developing countries.”

Wait a minute. Even its most ardent supporters point out that the IPEF is not a regional free trade agreement, like the Regional Comprehensive Economic Partnership (RCEP), which India also withdrew from due to dumping fears of Chinese imports, and the Comprehensive and Advance Trans-Pacific Agreement. Partnership (CPTPP), which includes the same countries, except for China and America, the latter of which withdrew in 2017 despite being the originator of the idea.

The Biden administration has positioned the IPEF as a platform for like-minded countries in Asia to engage with each other on emerging issues – reshaping supply chains that rely primarily on China; managing global data flows at a time when China is building its own parallel standards; Investments in clean energy, decarbonization and, finally, to strengthen corporate tax compliance and fight corruption.

Between the launch of the IPEF in May 2022 and the ministerial meeting in Los Angeles the week before, India has gone from an active cheerleader to a conditioned supporter. One possible explanation for this shift is that trade appears to have become a cornerstone of the IPEF.

Although CSIS’s Matthew Goodman notes that “the IPEF parties do not plan to negotiate trade liberalization,” they appear to be doing just that. The majority of IPEF signatories see their membership in the framework as a way to persuade America, which has ruled out participating in the CPTPP, to provide preferential access to its huge market. Other members use access to trade as leverage in agreeing to support the other pillars of the IPEF. In short, this is exactly the opposite of India’s approach.

Despite Washington’s objections, IPEF members view the framework as a covert free-trade arrangement – in which America offers the access it would have had under the CPTPP in exchange for support in the face of China’s economic ambitions.