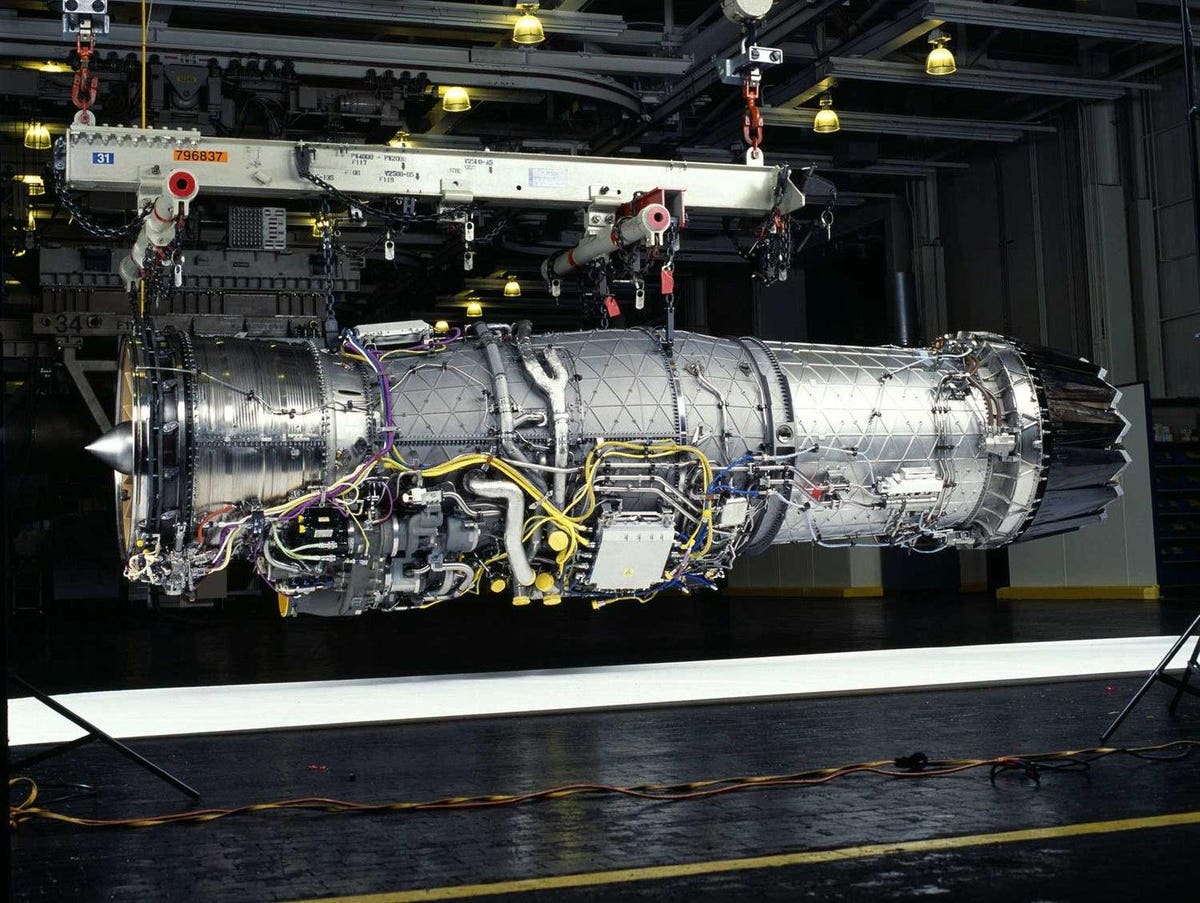 Over the past decade, the Pentagon’s F-35 fighter jet has evolved from controversy to acclaim. With over 800 fighters delivered to three US military services and nearly a dozen allies, the single-engine stealth aircraft is now widely recognized as the future of tactical air power.

This state of affairs is largely due to the Pratt & Whitney F135, a post-combustion turboprop engine that is the most powerful and reliable propulsion system ever to equip a tactical aircraft. The F135 has already supported three upgrades to the fighter’s airframe and payload, and is capable of supporting others designed to give the aircraft greater reach, lethality and survivability.

However, the engine has not been significantly modernized since its inception more than 20 years ago. While it could provide the additional power and cooling needed to support further aircraft improvements, this would require the engine to run hotter – which in turn would require more frequent maintenance.

The most sensible approach would be to upgrade the engine along with the airframe, an option largely feasible given the compact growth margin and modular design of the F135. Pratt & Whitney, a contributor to my think tank, suggested an “improved engine package” to do just that, primarily focused on providing the system with a new core.

This should be a simple story of how the world’s dominant fighter has evolved to keep pace with emerging threats.

However, the path forward has been confused by a erroneous suggestion to develop new engines for the Air Force variant of the F-35. The new engine will build on research funded by the Air Force in an effort called the Adaptive Engine Transmission Program — research that aimed to design an engine that could be more fuel-efficient and powerful while still concealing its thermal “signature.”

The concept was reasonable enough and, with additional years of investment, may have eventually yielded a high-powered engine. However, the Pentagon has already set out to develop a more advanced next-generation engine, and the so-called adaptive solution will cost much more than just an upgrade to the F135.

Air Force Secretary Frank Kendall recently noted the high cost of developing such an engine — equivalent to the price of 70 F-35 fighters, he says. But there are more compelling reasons to avoid buying an entirely new engine for the Air Force’s F-35. Here are five of them.

Technical risks that will slow down the modernization of fighters. It takes a long time to design and develop a new fighter engine, especially one that promises world-class performance. The adaptive engine is expected to weigh a thousand pounds more than the F135, so it cannot simply be “dropped” into the fighter the way a modified F135 could.

Integrating an entirely new engine into a pre-existing airframe will involve extensive engineering challenges, some of which cannot be anticipated in advance. By the time the engineers were sufficiently confident in the engine’s performance to ramp up production, it would be “too late,” as they say at the Pentagon—in other words, it wouldn’t be available in time to support other modernization goals. Thus it will be a burden on the program as a whole.

The cost of operating fighters will swell. Secretary of State Kendall estimates that it will cost $6 billion to develop the new engine, three times the cost of upgrading the F135 engine. But this will only be the beginning – the Air Force will then need to purchase the new engine and keep it in service. It will require a new supply chain, new maintenance procedures, and a host of other additions to the existing infrastructure.

Since the Air Force already has hundreds of F135s in active force and it is by no means clear that the Navy services want to pursue a new engine for its own fleets, the possibility would be for two different engines to replace one common engine across the combined force – each with unique support requirements. private to him. We know this is a possibility, because even if the new engine could be made to fit marine versions of the F-35, it certainly wouldn’t fit the marine variants. Imagine the cost and complexity of such a versatility over a 50-year service life.

READ ALSO :   Google says shared network costs are a 10-year-old idea, and it's bad for consumers

Allies will be left behind. The money-saving potential of the fleet’s commonality extends far beyond the combined American force. The F-35 program is designed to have a global sustainability system that will generate significant economies of scale, and this applies to the engine as well as the airframe. However, although most of the external partners in the program are buying the Air Force variant of the fighter, none have indicated an interest in replacing a new engine for the F135.

Many of these partners are eager to upgrade their fighters with new weapons, improved sensors, agile software and the like, but they expect to get these benefits without paying for a new engine. It is inconceivable that they would be willing to start over with a new engine, and all the logistical complexities involved, when a simple upgrade to the F135 would support all the improvements envisaged for the fighter for the foreseeable future.

Funds will be transferred from other priorities. The US Air Force is struggling to modernize a fighter fleet that has become the oldest in its history. It is also trying to acquire (1) a new launcher, (2) a new carrier, (3) a new airborne warning aircraft, (4) a new trainer, (5) a new ICBM, and (6) a new missile. Nuclear cruise missile, and (7) a set of advanced conventional munitions. And that’s before we get to space systems. The budget for the modernization of the service stretches the limits of what is possible.

Against this background, it makes no sense to embark on the development of a new fighter engine when the current system still has growth potential and the search for the next generation engine has already begun. Any attempt to introduce an adaptive engine into the F-35 will drain billions of dollars from other modernization priorities at a time when threats multiply.

No meaningful performance gains will be made. Since the F135 is already capable of supporting planned improvements to the aircraft and engine modifications will minimize any maintenance impacts, the benefits of the all-new engine will be entirely limited to the thrust aspects of performance. The adaptive engine will likely provide significant fuel savings and additional power gains, but these benefits will be overshadowed by the enormous cost burden of developing, producing and supporting a new propulsion system.

The lack of enthusiasm for a new engine purchase among marine services and offshore partners means that they do not see performance gains commensurate with the price. Quite the opposite: introducing additional complexity into a weapons program that is already one of the most ambitious weapons programs in history would make life more difficult for the warriors. The Air Force should stick to an engine that has proven safety and reliability, rather than jumping to unknown mare of unproven technology.