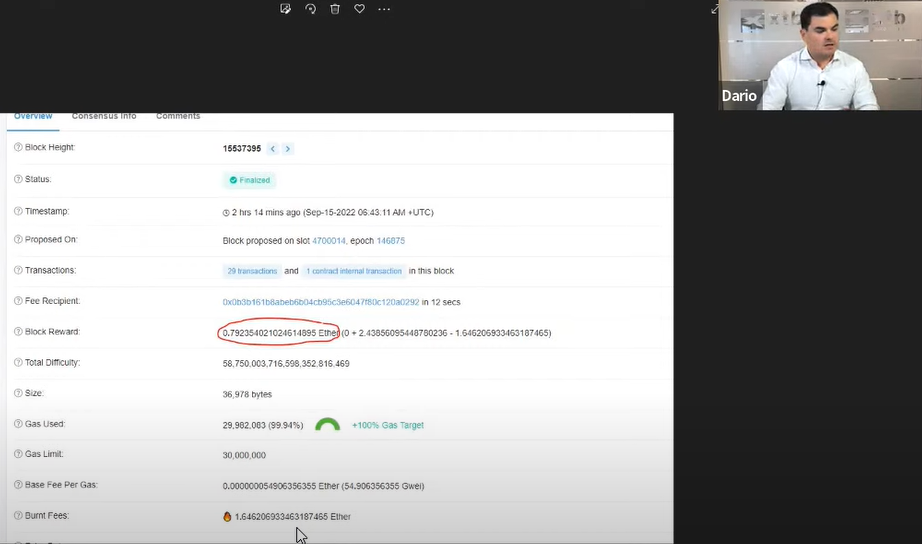 After a long period of waiting and various delays, Ethereum’s “The Merge” has finally been completed. It is expected that transaction speeds increase by 12%while the cost of sending a transaction through the network Ethereum will decrease by a similar margin.

On a technical level, Ethereum It has been showing an erosion of the upward movement, as explained by Darío García, an analyst at XTB. It is in line with higher low support, which could support the upside, but has strong resistance ahead and fails to pick up momentum.

The protocol change that has been completed today has made Ethereum It goes from being a minable cryptocurrency to a storage cryptocurrency, or what is the same, it changes from the Proof-of-Work (PoW) consensus mechanism to Proof-of-Stake (PoS).

This makes the new ecosystem makes we are facing a deflationary cryptocurrencythat the cost of creating the new blocks is higher than the reward obtained by those who block their Ethereums in the trading platforms, to give stability to the ecosystem.

Indicated in the following table we see that this cost of creation has been higher than the reward:

According to the expert, this will make the long term Ethereum it will increase in value, because there will be less and less, as if it were a scarce asset, unlike other cryptocurrencies that continue to be created through mining.

READ ALSO :   Ethereum Analysis – Fear of another failure below $1700 despite The Merge?