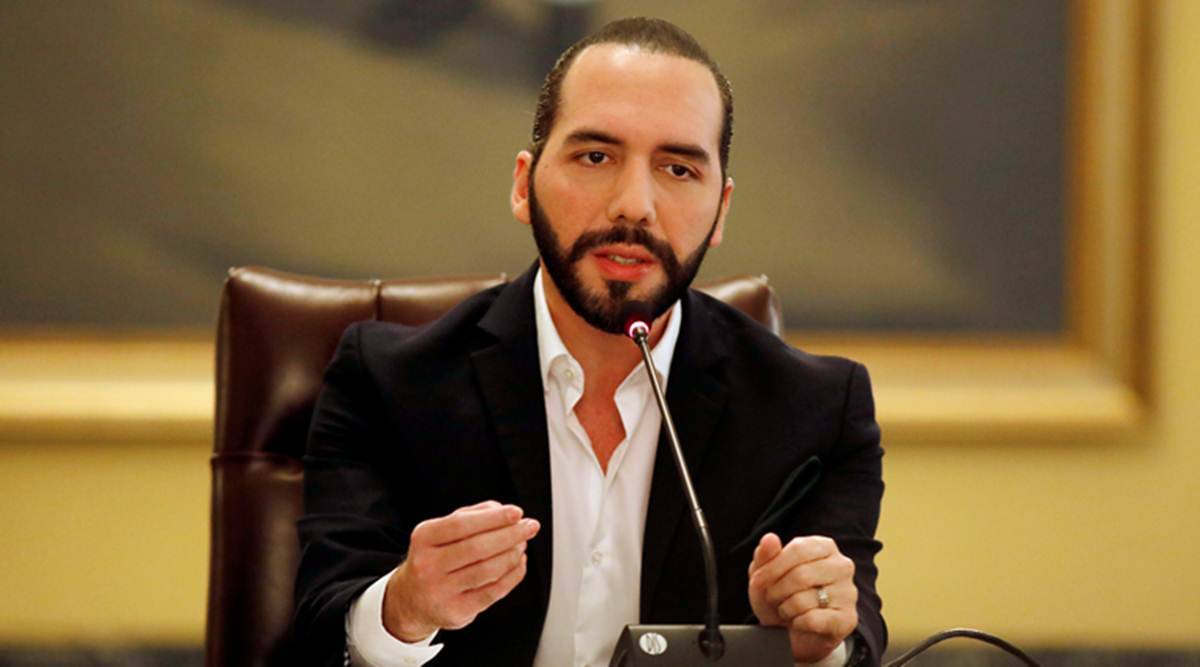 Nayib Bukele, whose name alone makes all the tenants of the traditional financial order shudder, in the forefront of which is the International Monetary Fund, has just declared his intention to run again at the head of El Salvador. An announcement that comes at the same time as the international financial rating agency Fitch Ratings, downgrades the rating of the Central American country due to a liquidity situation that it considers “catastrophic”.

Nayib Bukele candidate for his own re-election

During a live-streamed event to celebrate the country’s independence anniversary, Nayib Bukele has announced his intention to run for a second presidential term thanks to a decision by the Supreme Court opposing the Constitution of El Salvador which prohibits a former president from running for re-election.

A decision that did not please everyone, the United States pointing to the possibility of the return of an authoritarian regime in the country, but which is not likely to impress the young head of state who, according to the CID Gallup polling institute, has an 85% favorable opinion among the inhabitants. An almost plebiscite which would be linked in particular to its policy of firmness (the word is weak seen from here) against the “maras”, the mafia gangs which hoist El Salvador in the list of countries with the highest crime rate.

I decided to introduce myself to continue on the path we have chosen. For the first time in our history, this is the right path. Some developing countries will certainly criticize this decision, as they have criticized many before. But that’s up to the Salvadoran people to decide.

However until the next elections which will take place in 2024, the small country of Central America which is the first in the world to have given legal tender to bitcoin alongside the American dollar, may still suffer many attacks from various and varied authorities to discredit its monetary policy

In fact, coincidence of the calendar or not, financial ratings agency Fitch Ratings just downgraded its rating from ‘CCC’ to ‘CC’, saying the country is likely to default on a bond payment at maturity in early 2023.

It must be said that the adoption of bitcoin has limited its access to markets, hampering its ability to finance the repayment of bonds as reported by Coindesk, citing Moody’s, another rating agency.

An assertion refuted by Bukele who asserted last July that the country had the means to repay its debts.

Contrary to what the media has been claiming all this time, El Salvador has the liquidity to not only pay all of its commitments when they are due, but also to pre-purchase all of its own debt (until 2025 ).

But for Fitch, it is on the contrary an additional factor accentuating the financial fragility of El Salvador.

The government of El Salvador recently announced a voluntary cash redemption of USD 360 million for its external bonds from 2023 to 2025 at a price below par, which will likely further weaken its already stretched liquidity position.

Harsh reviews that are not new, brought in particular by the IMF which urged El Salvador to abandon bitcoin as legal tender to preserve “financial stability and consumer protection”.

IMF recommends El Salvador give up bitcoin as legal tender

The International Monetary Fund, in a rather positive note on the […]

Recommendations swept away by Bukele who still intends to create a Bitcoin City, financed by the sale of bonds backed by BTC (Bitcoin Bonds), but delayed due to unfavorable market conditions.

International politics often boils down to a simple war of […]

An ambitious policy which could therefore continue if Bukele were reappointed as head of state and which risks exposing him again to the anathema of the guardians of the monetary temple.

You too are looking for financial autonomy that escapes the tutelage of traditional monetary authorities, hurry to acquire your first satoshis (smallest division of bitcoin) and register without delay on the FTX platform. You will get a lifetime discount on trading fees (trading link).