Crypto market prices tell us that there is a storm coming, and it might even be on our doorstep already. So the best thing to do right now is to prepare for the storm.

But what does this actually mean for investors and users of the crypto ecosystem? What steps should you take to protect your assets?

The US Federal Reserve raised rates by three-quarters of a point on Wednesday, September 21, and also says further hikes are to be expected. This is due to inflation which is still at a high level and appears to be difficult to control.

On the other hand, crypto investor interest in borrowing as we know it from the traditional finance industry has never been stronger.

The movement of goods and services depends on trade flowing smoothly with a sufficient supply of liquidity. But too much of that liquidity in the wrong place can cause problems in the future, and one of those problems is inflation.

Inflation is the most obvious sign of economic malaise that various users and players in the cryptocurrency space seemed to have noticed months ago. Namely, all that fictitious money from quantitative easing has only delayed the crisis.

But the coming storm appears to be large enough to encompass all markets, including the cryptocurrency market. So how do you best prepare for the threat?

The first rule of investing also applies to the crypto sector, don’t realize your losses by selling your assets. We’ll temper that a bit later, but for now let’s just say don’t sell unless you really need to.

Inevitably, your portfolio management tool may be red, but if you are satisfied with your initial purchase price then simply step away from your screen. And don’t hesitate to disable certain notifications from your watchlists.

As usual, the legendary Warren Buffett sums it up perfectly:

“The first rule of investing is simply not to lose money. And the second rule of an investment is not to forget the first. »

2. Get in sync with the rhythm of the market

One of the other important things to know as the market prepares for trouble is knowing when to enter and exit the market. In general, most people are unable to do this and buy high while selling low.

The informed investor does the opposite, he tries to buy at the lowest or at least when the others seem to be leaving the ship, and to sell when the price is strong.

This does not mean, however, that you should sell all of your assets at the slightest drop.

Even the best on Wall Street’s are not always able to be perfectly in sync with the market. But they won’t hesitate to charge you a fortune for using their active mutual funds for that.

The best strategy is undoubtedly to stay in the markets but to adjust your position and balance if necessary. And that’s what we’re going to talk about just a little further down.

Warren Buffet is the benchmark value investor, and that’s one of the reasons why this man hates the crypto ecosystem with a passion.

He doesn’t know how to measure crypto value since there are no profits and supposedly no net income and dividends to pay out to shareholders.

Maybe it’s just a generational judgment, but there are many companies in the industry and crypto assets that produce profits and pay dividends, to the point that the SEC has even knocked on the door of some of these entities. . Lately this is also the case of the Ethereum Foundation which has not been spared.

There are fundamental characteristics that can represent a value, and these are related to the total value that a network represents, whether because of its storage capacity, its gaming aspect or its transfer functions.

The value an investor is looking for in a company, or in our case crypto assets, is for it to be undervalued by the market. You might think that’s a bit wide since right now everything is undervalued. And to some extent, that’s true. But not systematically.

The tokens of the various exchange platforms such as the Binance Coin (BNB) are currently very undervalued, it is possible to say that Binance will probably come out of this blizzard that is currently beating down on the crypto market, and this as than an even larger platform and in a position of dominance than it already is.

Ethereum could also be described as a currently undervalued network due to its capabilities as well as the recent success of its update, The Merge.

Granted, there is still a lot to do before the Proof of Stake system is a tangible reality for users, but in the eyes of value investors Ethereum has just become a cash cow for network validators.

Gaming is an industry where revenue is generated by a coalition of networks and the games that run on them. There are no indicators that announce a slowdown in the trend, on the contrary it even seems to be accelerating.

In addition to older projects like Decentraland and The Sandbox, new ones have appeared like Battle Infinity and Tamadoge.

4. Be a progressive investor

Don’t be too categorical in your approach. Even if you take a value-driven approach and have a favorable bias towards certain industries, don’t let that blind you.

Progressive investors are data-driven, and try to value a company regardless of whether its sector is judged unfavorable by the rest of the market. The same approach can be applied with the crypto sector.

You may have already determined that international payments at the commercial level are going to be reduced by the advent of CBDCs, French Central Bank Digital Currency.

And what will happen if Ripple wins its lawsuit? It could also have a strong impact on the price of its XRP token and greatly increase its adoption.

The difference between a speculator and an investor is time.

The speculator seeks to generate a quick profit while the investor takes a longer view which is likely to be measured in months or years rather than hours or days as is the case for the speculator.

Warren Buffet said about it:

“The stock market is a device for transferring money from the impatient to the patient. »

Unfortunately many investors do not always behave rationally. As soon as their position starts generating draft, the temptation to cash in is too strong.

At first glance this may seem like the right approach, but often investors will close a higher position far too soon, which will cause them to miss out on future profits.

At times like this, when the market is just falling, there doesn’t seem to be much difference between winners and losers.

And yet in the allocations of your portfolio, there will necessarily be some performances that are better than others. It is the latter that will contribute the most to future returns.

Another way human psychology works against the interests of the crypto investor is when the heart attaches to a losing position.

We said earlier not to realize the losses by selling, but sometimes this is a necessary step if the situation is not recoverable.

Among the 20,000 cryptocurrencies listed by coinmarketcap some are priced very low for good reason. If the technology is bad, and the path to growth seems compromised, don’t hesitate to exit the project.

When billions evaporate from the markets on a daily basis and inflation continues its course, that is cause for concern. Where can you put your money so it stops devaluing?

The answer used to be government debt (treasury bills) and savings accounts. But savings accounts pay next to nothing and the only bonds worth buying are Treasury Inflation-Protected Securities.

Luckily, there is a tether in the crypto industry, and that is staking.

Staking may have earned a bad reputation due to some setbacks by cryptocurrency lenders, which imploded following the TerraUSD debacle, but the situation is not the same everywhere.

Staking can allow your crypto to secure a network, and it’s very different from just throwing your money into an algorithmic slot machine like TerraUSD.

Stake with a network that has already proven its value, such as Ethereum for example

Note that staking on Ethereum requires having at least 32 ETH, which is not necessarily within the reach of all investors.

This will allow you to generate an estimated 12% if you include the burn effect that all investors who own ETH benefit from.

There are alternatives to Ethereum, but focus only on service protocols that look solid.

These entities may not have the best returns, but they are the least likely to fail. Many of these intermediaries are found among the big, long-established crypto exchanges, such as Kraken, Coinbase, and Binance.

9. Take a step back (other asset classes)

Professional investors say that resource allocation is the key to long-term investor success.

It’s not so much about what stocks or crypto you invest in as it is about choosing the asset class allocation for your portfolio.

From a crypto investor’s perspective, this means asking tough questions about how much of their wealth is incorporated into the sector and how much they feel comfortable with given their own profile. of risk.

To put it bluntly, if cryptocurrencies are 5% of your wealth, you won’t have the same attitude to a 20% drop in total asset class market capitalization as if you had 50% of your wallet in the ecosystem.

If you have some spare cash, crashes represent a great opportunity

When the storm is over and the market is recovering, then remember the stocks and categories that have suffered the biggest fall, and diversify your portfolio accordingly.

A focus on the crypto market with also substantial positions in traditional finance could be a possible option if you want to be comfortable and not have all your eggs in one basket.

Easier said than done. The best way to avoid panic-driven decisions that will bring regret is to have a plan, and of course stick to it. 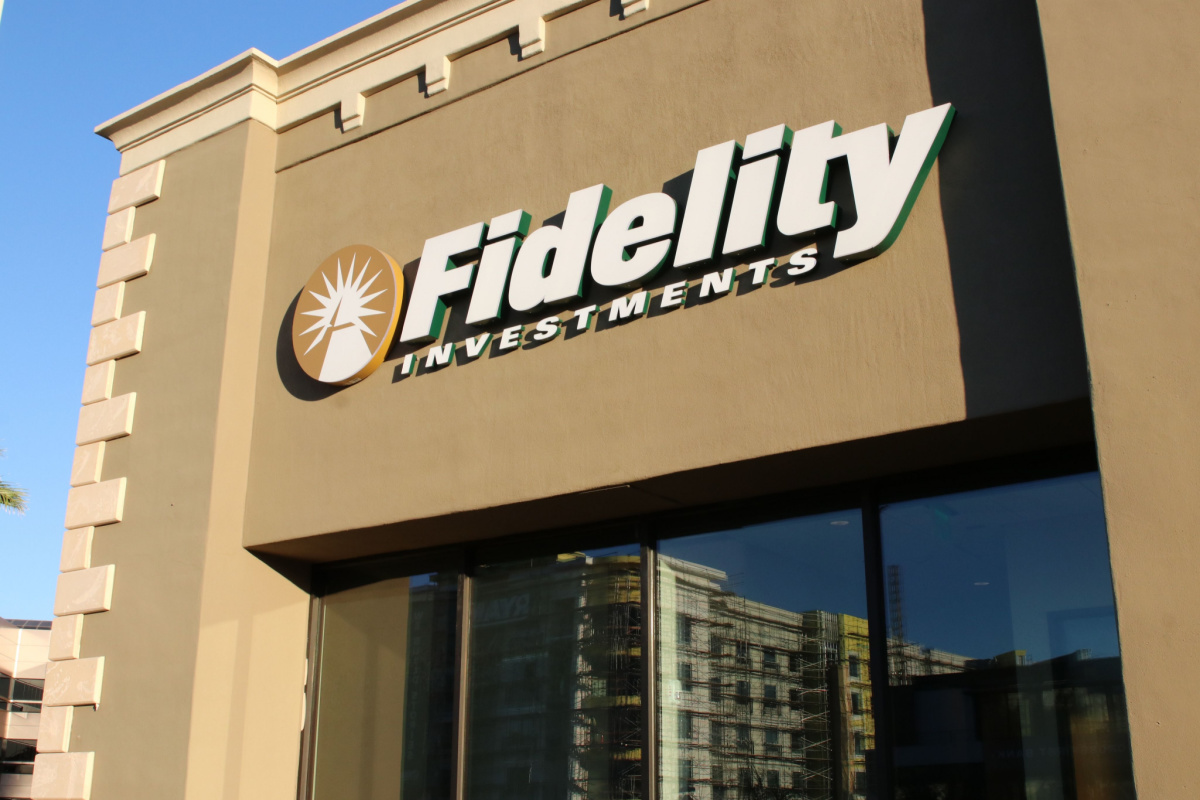