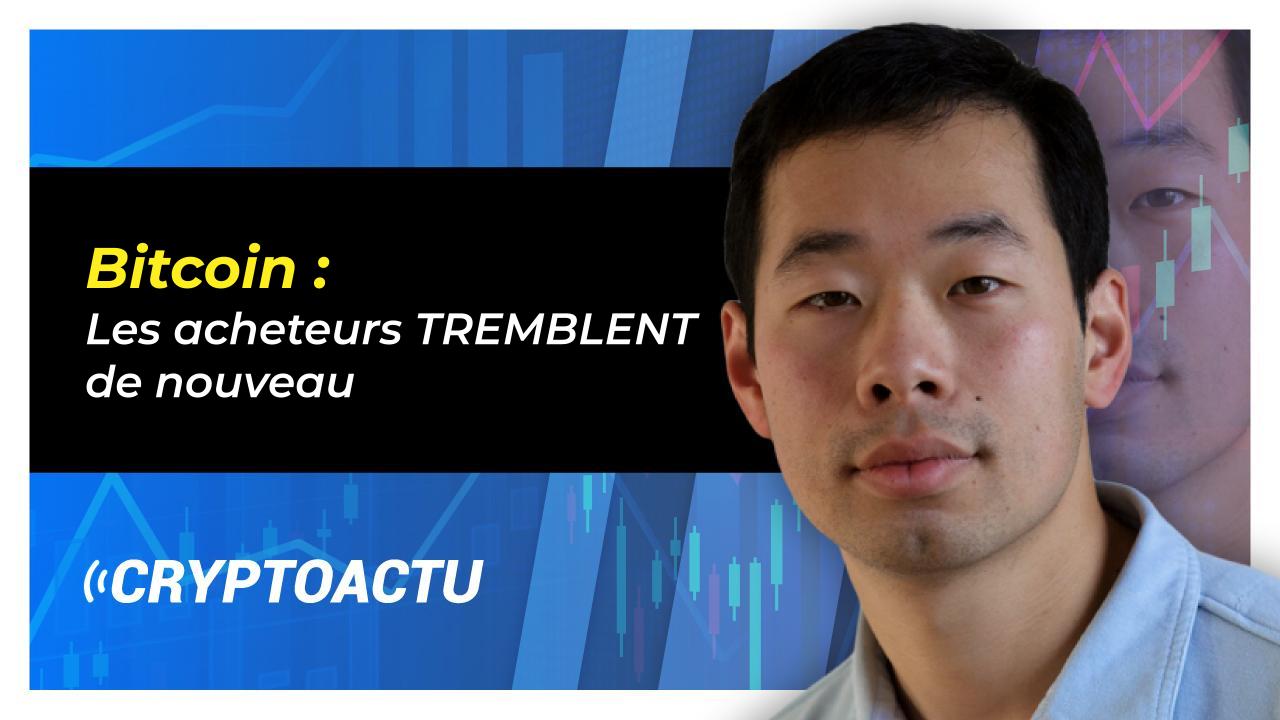 We thought the Bitcoin was out of the woods thanks to the fine session last Friday. Unfortunately, the latest figures from inflation in the United States again sent it back close to its lows for the year. So much so that the threat below $20,000 is becoming clearer. And the least we can say is that buyers are shaking again.

The latest technical analysis shows that BTC prices are trying to resist as best they can. But given a highly uncertain and less liquidity friendly market environment, the shadow of its bear market recovery since its last ATH in 2021 is likely to rise from the ashes much to the chagrin of cryptocurrency investors.

Bitcoin – A bearish week that could call for more

As we speak, the current weekly bearish candle virtually wipes out the gains of the previous two weeks. Like what, all it takes is a grain of sand to make many investors understand that the Bitcoin bear market would still have some on their hands. Especially since sellers seem determined to definitively regain control of prices.

Moreover, the unfavorable technical signals are not lacking. Firstly, we do not deplore any inflection in the downward slope of the 30-week moving average (MM30 weekly). So much so that the slide below the resistance of $30,000 confirms the depression of Weinstein’s phase 4. On the other hand, BTC prices are still deviating from a possible crossing of the descending line.

Nevertheless, the MACD although below the zero line, tries not to cross the signal downwards despite the current bearish week. What would constitute a slim hope to save the furniture. But, considering the fact that the good news may not prove satisfactory in eradicating the current uncertainties in financial markets, the hypothesis of a break of the $20,000 support could come back in force.

Following the publication of inflation in the United States in August on September 13, Bitcoin aborted its attempt to rebound past the $22,000 resistance to drop slightly below $20,000. Now we are on the razor’s edge on the buyer side. And at the same time, the sellers are fighting back.

Especially since the latter would find themselves comforted if the technical indicators definitely passed below their respective waterlines. which would provide unlikely at BTC prices to preserve $20,000. Not to mention that they could move away from the 200-day moving average (MM200 daily). A threshold scrutinized by long-term investors, as they realize that the market environment is not improving.

In this sense, the central scenario would tend towards the materialization of new lows for the year. With the objective that the support of $ 12,000 is revisited eventually. To invalidate it, despite few positive catalysts to eat, an immediate rise in BTC prices above $22,000 would delay the timing of a next wave of correction.

BTC – The coming days/weeks that are coming under high tension

Even if Bitcoin is struggling to hold the critical support of $20,000, the crisis of confidence last spring is still acute. And like it or not, the fact that cryptocurrencies remain a fragmented and unregulated market is an argument in favor of sellers. In any case, the days/weeks to come could well be still volatile.

Not only technical analysis testifies to Weinstein’s Phase 4 train rolling along at breakneck speed. But we don’t see any improvement in the Fed’s monetary tightening, due to inflation not falling enough. And joining them end to end, BTC may not come out stronger if new uncertainties are added to those already priced in.

In which case, the resumption of its bear market since its last ATH in 2021 would not be long in coming. And this could lead to a third wave of correction that would signal the capitulation of buyers.

Do you want to delegate the management of part of your cryptocurrencies? Through its crypto-asset manager, CryptoTrader™ allows you to maximize your profits in a simple, secure and fully automated way.