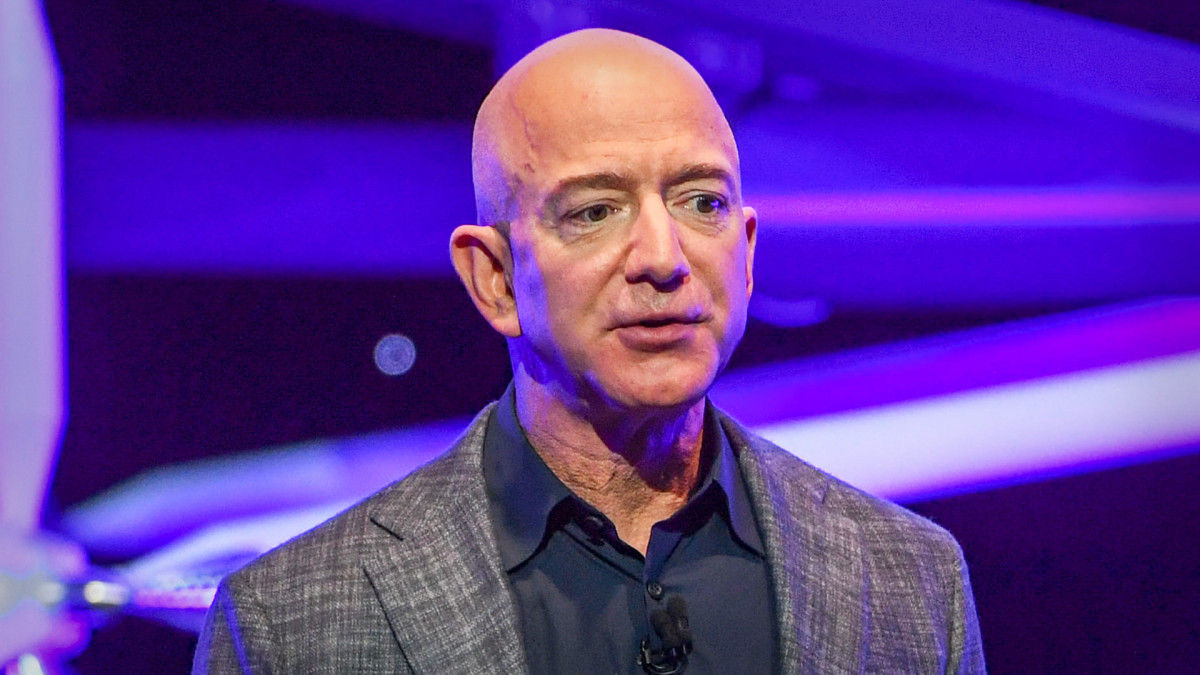 Jeff Bezos lost the title of the second richest man in the world after Elon Musk, the leader of electric cars, Tesla. (TSLA) chief executive officer.

Founder and CEO of tech and online retail giant Amazon (AMZN) It fell to No. 3, on September 16 at about 10:38 a.m. in New York, according to the Bloomberg Billionaires Index.

At that time, Bezos’ fortune was estimated at $145.8 billion compared to $146.9 billion for Indian businessman Gautam Adani.

The day started with Adani in third and Bezos in second.

According to the Bloomberg Billionaires Index, just $1 billion has separated Bezos from Gautam Adani, an Indian billionaire and chairman of the Adani Group, an industrial conglomerate.

Since the two men’s immense wealth mainly lies in the shares they each hold in their own company, a safe bet is that the advantage is with Adani.

The current volatility in the markets – due to concerns about the health of the economy in the face of interest rate hikes by the Federal Reserve to combat inflation – is particularly heavy on technology groups such as Amazon.

Amazon stock is down about 16% since January. This translates to a decline in Bezos’ fortune, which has shrunk by $42.8 billion this year.

On the contrary, Adani is experiencing a meteoric rise. His fortune has increased by $72.4 billion since January.

His countryman, Mukesh Ambani, the eighth richest person in the world with an estimated fortune of $91 billion, is the top ten billionaire who has seen his fortune increase ($1.02 billion) this year. Ambani is the Chairman and Managing Director of Reliance Industries Group.

At the beginning of the year, Adani became the richest person in Asia, ahead of Ambani.

The rest of the top ten are in red.

Since becoming the world’s third richest man in August, Adani has seen his fortune increase by $12 billion, while Bezos has lost $3 billion.

Adani’s emergence began during the COVID-19 pandemic. In March 2020, his net worth is over $6 billion. Since then, his wealth has increased about 25 times.

Given this increase, it is also not excluded that by the end of the year, Adani could overtake Musk as the richest person.

Adani was born in 1962 in Ahmedabad, western India, to a modest family of seven children whose father was a small textile merchant.

Adani, a self-made executive, started working at the age of 16 at diamond dealer Mahendra Brothers, where he was in charge of sorting gemstones.

In 1988 he established a commodity trading company that became the Adani conglomerate.

He has grown the group by acquiring debt companies. The Adani Group has become the most valuable company in India. The company owns mines, ports and power stations; It owns dozens of commercial ports and is located in coal, electricity and renewable energy. It has also diversified into airports, data centers and defense.

READ ALSO :   Ford has stopped production due to a lack of tires and is evaluating how to continue

The Adani Group also recently entered the cement sector by purchasing the assets of cement manufacturer Holcim (hamli) in India and also looking to set up an aluminum plant.

Adani Enterprises is the flagship of his empire. In 2021, its turnover was $5.3 billion.

On August 23, Fitch’s credit rating agency CreditSights warned that the group was “severely over-indebted” and could “in a worst-case scenario” fall into a debt trap.

But two weeks later, the credit rating company said it had discovered “arithmetic errors” at two of the Adani Group’s companies. It corrected its report and removed the phrase “severely over-leveraged”.

CreditSights concluded that “CreditSights’ views have not changed from its original report and we continue to maintain that the group’s influence is high.”