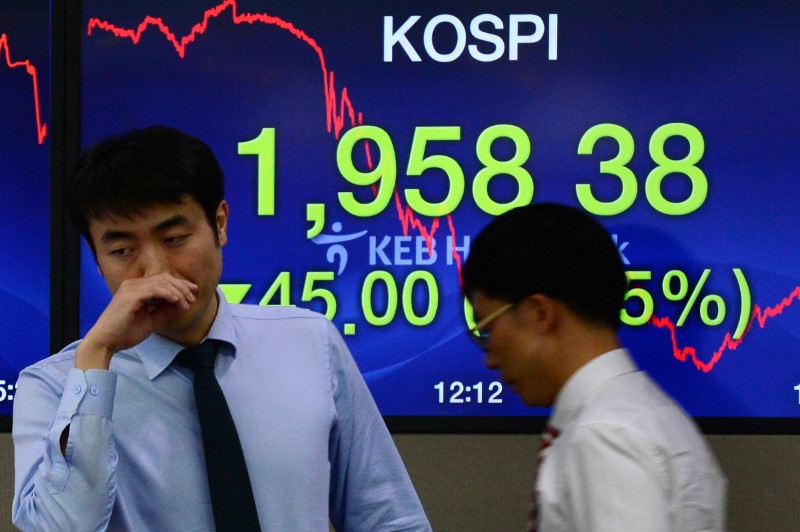 Investing.com – Asian stock markets fell on Friday, with most regional indices heading for weekly losses amid growing expectations of hawkish moves by the Federal Reserve and fears of a global recession.

Chinese and indices were among the worst performers for the day, falling more than 1% each. Real estate heavyweights were the heavyweights of the two after data showed the Chinese fell at their worst pace in seven years.

Despite data showing unexpected growth in China and China, Chinese stocks are set to lose more than 3% this week, amid growing concerns about the country’s economic growth. Beijing’s strict policy not to spread the coronavirus has taken a heavy toll on the Chinese economy this year.

Asian stocks watched, as the continued decline in weekly jobless claims pointed to the strength of the US labor market, giving the Federal Reserve more room to raise interest rates sharply.

Markets are pricing in the Fed going to raise interest rates by 75 basis points next week. Traders also began pricing in the possibility of a 100 basis point rise, following the higher-than-expected US this week.

Adding to the pressure on sentiment, both the World Bank and the International Monetary Fund warned of a possible recession in the coming months. High inflation and sharp interest rates are expected to affect economic growth this year and next.

South Korea’s index fell 1% after data showed that the country fell to a new record low in August. Rising commodity prices and a decline have made South Korea’s imports more expensive this year, affecting the economy.