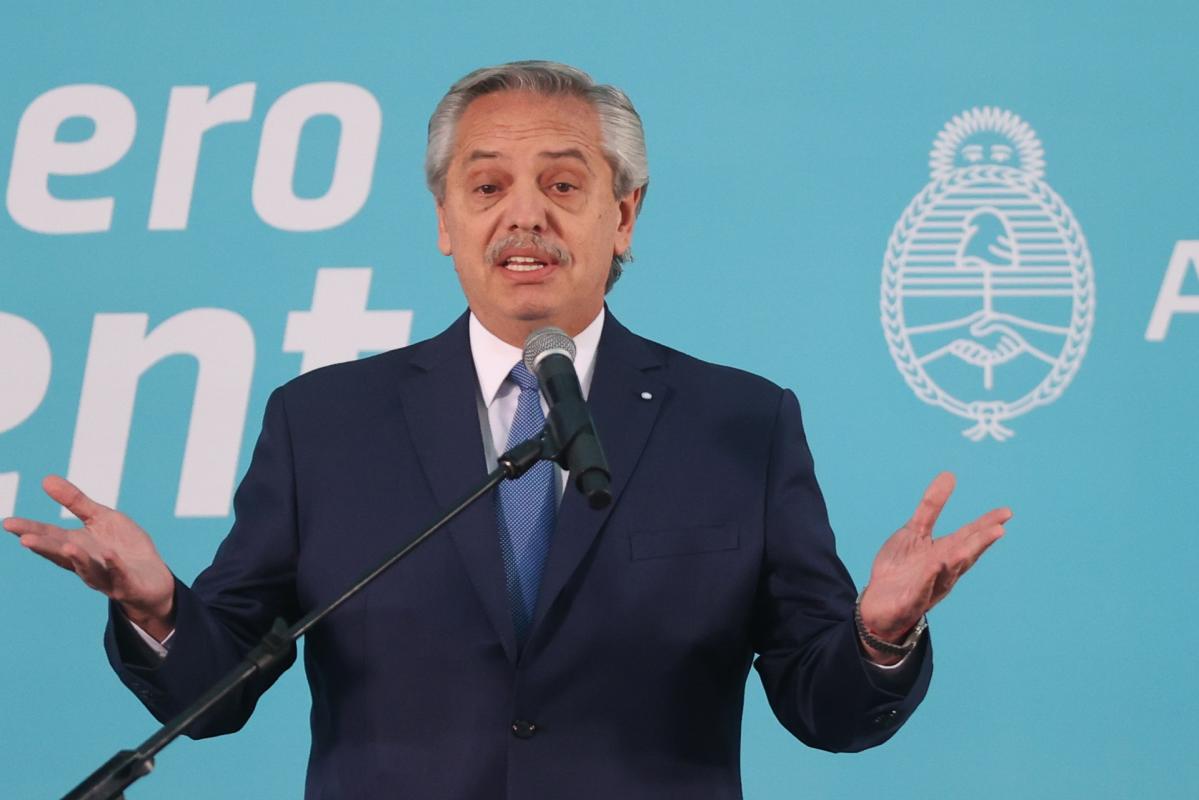 Buenos Aires, Sep 14 (EFE) .- The president of Argentina, Alberto Fernández, announced this Wednesday the signing of a decree by which he has to initiate a judicial process with the aim of annulling the concession contracts of the two largest toll highways of access to Buenos Aires, whose main shareholder is the Spanish group Abertis.

“I have just signed a decree through which I entrust the Ministry of Public Works to initiate an action that seeks the nullity of the concession contracts for the North Access and West Access highways,” said the head of state in an announcement to the press, together with the Minister of Public Works of Argentina, Gabriel Katopodis.

Fernández maintained that the contract renegotiation agreements signed in 2018 with Autopistas del Sol (Ausol) and the Grupo Concesionario del Oeste (GCO) are “absolutely distorting and have generated enormous economic damage to the national State and to users.”

Both agreements, by which the concession contracts were renewed until 2030, were approved by the Government of Mauricio Macri (2015-2019) in July 2018.

After a two-year audit process, the Government decided to initiate a legal action of “lesividad” because, according to Fernández, “they have caused an enormous injury to the Argentine State.”

Argentina also objects to the “dollarization” of the contracts, which were initially in Argentine pesos, and the determination that there be an annual increase of 8% in toll rates, “which allows companies to have extraordinary profitability” Katopodis said.

“And to complete this framework of decisions, which for us entails a real toll negotiation, it was determined that this debt was going to be paid over 10 years, arbitrarily extending until 2030 the concessions that were going to end in 2020 “, the minister specified.

According to Katopodis, “what was done was to transform a concession contract into a simple signature promissory note”, setting up “an absolutely scandalous deal.”

The action announced this Wednesday will be initiated before the judicial jurisdiction in the Federal Administrative Litigation so that it is the Justice that declares the nullity of the contracts and, in a precautionary manner, returns the administration of the highways to the State.

At the same time, another case is being carried out in the Federal Criminal Justice in which possible crimes are investigated in the framework of the signing of these contracts.

“We have identified that throughout this operation there were officials from both sides of the counter: officials who held managerial positions in the companies who later held very important hierarchical positions in the direction of National Roads and who later returned to those companies. They complied with the instructions that they were being determined by their former employers,” said Katopodis.

At the end of last August, the Argentine Government rejected a challenge presented by the concessionaires to propitiate the nullity of the audit with a view to the beginning of the judicial action finally announced this Wednesday.

The companies expressed a year ago, when they were notified of the audit, that the agreements were “fully legitimate” and were approved by the National Executive “after a process in which all the control instances established in the applicable regulations were complied with. “.

At the moment the companies have not commented on the announcement made this Wednesday by the Argentine Government.

The Concesionario del Oeste Group is made up of Autopistas Concesionaria Española (Acesa, a company of the Spanish group Abertis, with 42.87% of the shares), the Malaysian group IJM (20.10%) and the trust Supervene I (5.73% ), while the rest of the shares are listed on the Buenos Aires Stock Exchange.

Meanwhile, Autopistas del Sol is owned by Abertis (31.59%), the Italian firm Webuild (19.82%) and the Argentine firm Natal Inversiones (14.12%), while the rest of the shares are under public offering .